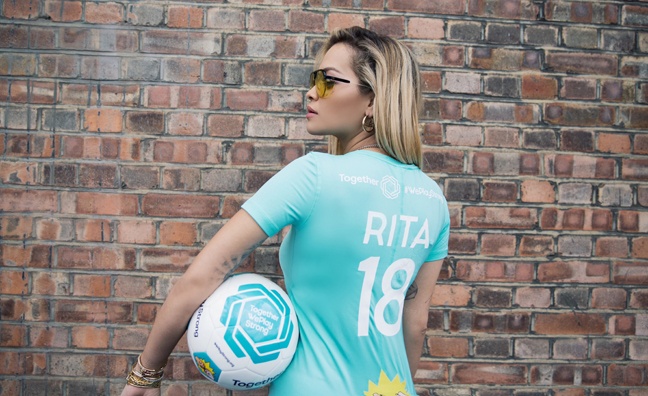 European football's governing body UEFA is to sponsor Rita Ora's upcoming tour as part of a groundbreaking partnership aimed at transforming the image of women’s football.

The Girls Tour, Ora’s first European tour in five years, will see her perform in 13 cities across Europe.

The singer, who is represented by Coda's Solomon Parker on the live circuit, is supporting UEFA’s Together #WePlayStrong campaign, which aims to make football more culturally relevant and aspirational for girls in their teenage years, where they traditionally drop out in large numbers.

On announcing the partnership, she said: “The values of Together #WePlayStrong centre not only around football but female empowerment and equality too, so I was 100% behind this campaign when I was approached to partner with UEFA."

Peter Willems, head of marketing and sponsorship activities at UEFA said: "We’re excited to have Rita Ora on board with Together #WePlayStrong. We believe we’ve formed the perfect partnership that will help to grow the game across Europe for young girls.

“Our partnership will continue to evolve with dynamic surprises that will help connect UEFA to the world of young women through music, entertainment, fashion and sport."

Together #WePlayStrong is an integral part of its five-year strategic plan to make football the No.1 sport for girls and women in countries across Europe.