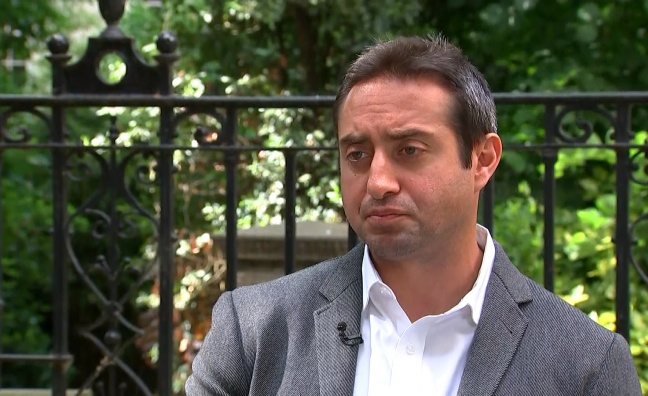 Viagogo boss Cris Miller has apologised to MPs over the company's failures to appear before the Digital, Culture, Media & Sport (DCMS) Committee.

The Swiss-headquartered secondary ticketing platform was due to be quizzed about its practices last September, only to withdraw at the 11th hour – the second time it had no-showed the parliamentary inquiry. Politicians have since warned consumers against using the site.

However, in his first UK interview for two years, Miller (pictured) told ITV News Viagogo had made a mistake in swerving the initial 2017 hearing.

"We didn't really understand and appreciate the importance of what that DCMS inquiry was all about. Looking back on it, it was clearly a mistake and we apologise for it."

Viagogo cited legal proceedings by the CMA for its late withdrawal from the second session.

"The second time I was here, in London, ready to go and ready to be prepared. However, there were some legal preclusions for me to be able to attend unfortunately and I had to listen to our lawyers at that point in time," he said. "But I was here, getting prepped, getting ready to go, to answer the questions because we understood the severity of the situation.”

We run a platform and the market dictates the prices. We are very comfortable with it

“We believe fundamentally if someone buys a ticket they have the right to resell it," he said. "The event organisers shouldn't be able to deter someone, through harassment or cancellation, to be able to resell that ticket, so it's unfortunate that certain sellers feel that way. I understand where they're coming from because event organisers have taken that tactic a lot but from our point of view they should be able to list that ticket, with the seat details without any concern of tickets getting cancelled or causing more problems.

"It is a marketplace, we run a platform and the market dictates the prices... We are very comfortable with it."

"Sometimes we have issues with event organisers harassing our customers, where they don't want them to get into the event or they’re trying to turn them away because they bought them on our websites for competitive reason but our focus again is about always making sure that the customer gets in," claimed Miller. "I'm talking about a lot more than just Ed Sheeran, there's a lot of event organisers, not just in the UK that view our business competitively, so they take certain steps and certain features and tactics to try and make things more difficult, just because a customer bought a ticket over our website.

"The resale market is inevitable and so we're just providing that platform for people to get in. We don't understand why certain event organisers think that they should harass customers about where they buy their ticket."

In January, the CMA threatened Viagogo with further legal action amid concerns the resale site is failing to comply with a court order to overhaul its practices.