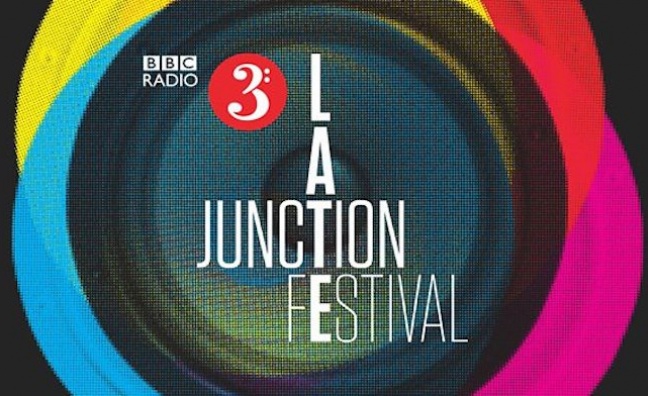 BBC Radio 3’s Late Junction is coming up to its 20th anniversary this year, so it’s about time it got its own festival. The experimental show, which airs from 11pm on Tuesday to Thursday, covers jazz, world, classical, folk and electronic music, as well as field recordings.

In the latest issue of Music Week, the station’s controller Alan Davey discusses the launch of the Late Junction Festival, which is staged in partnership with the Barbican at Hackney’s Earth venue over two nights (February 28 and March 1).

Late Junction is billed as the station’s “flagship adventurous music programme” and has championed leftfield artists including Floating Points, Kate Tempest, Richard Dawson and Mica Levi. On the festival’s first night, Gazelle Twin headlined alongside Dawson’s psych-pop side project Hen Ogledd. For the second and final night, cult act This Is Not This Heat top the bill, with support from the Curl collective, featuring Levi.

“I've heard some things that I didn't know what they were, but have been really good,” Stewart Lee told listeners recently after his three-day guest hosting stint on Late Junction. “I suppose that's what it's for really, isn't it? That’s the same experience that you're having at home, hopefully.”

Why did you want to launch you own festival?

“We did many years at Latitude, and for the last couple of years we’ve joined up with End Of The Road, which has been great. I think this is just an opportunity to do something that we can completely curate ourselves and do something a bit different really that’s beyond the dictates of any other organisation. It shows what we do best, which is surprising segues and adventurous acts - and being really uncompromising. Obviously that’s harder when you’re in partnership, so this is a real opportunity.

“We do the collaboration sessions every month, where we bring artists that have never met before to play together for the first time. So there’s not really been a place for us to celebrate that, we’ve not had a shop front for that. Particularly doing something live at such a great venue for us is a brilliant opportunity to bring it to more people who might not know about us.”

I've heard some things that I didn't know what they were, but have been really good

How did you come up with the line-up?

“We have booked a mix of acts who are a combination of people we’ve supported for a long time. We’ve got longstanding relationships with people like Mica Levi, who first did a session 10 years ago. Now it’s just a pleasure to see some of these artists, who are really quite obscure and experimental and don’t ever compromise on that, doing really well. People like Mica Levi and Richard Dawson, another person we’ve supported for years who did the show with Stewart Lee over Christmas. We’ve made it a bit more Late Junction and booked acts that are developing at the moment and are a bit more suprising, pushing boundaries in a different way.”

Is it important to have these nascent acts on the bill...

“We’ve always championed up-and-coming artists, we’ve been the place where people can get played before they even have a label, or before they know what a plugger is. We’re checking most things out from Bandcamp and tiny little networks around the country. A good example there is the Japanese duo O Yama O, they’re really interesting and it’s only the second time they’ve played with this band. Just overall in terms of curation, having surprising juxtapositions is really important to us. It’s something we do at the show and something we want to do at the festival, having a really broad mix of genres so that we can do the unexpected. We’re going to be doing the improv sessions in between the final act and the penultimate act. So on the Friday, that’s Charles Hayward and Rie Nakajima from O Yama O.”

Tonight's the night! The first ever #LateJunction festival is underway, opened brilliantly by @CHAINES_MUSIC ? If you're not here, don't fret - you'll be able to hear all the sets from the festival on the show over the next few weeks... https://t.co/TvM57bsyva pic.twitter.com/xFNK1AyHFh

Are you trying to capture the feel of the radio show?

“Definitely, that’s the idea. It’s to bring to life in a live [setting] what we do best on the radio, which is being a home for music that doesn’t have a home anywhere else. Unlike other programmes, it’s got an element of art in it – it has one foot in the art world and one foot in the music world. It’s that place where the two can collide.”

Recordings from the festival can be heard on Late Junction on Tuesdays, Wednesdays and Thursdays from 11pm on BBC Radio 3 between March 5-14, as well as on demand via BBC Sounds.