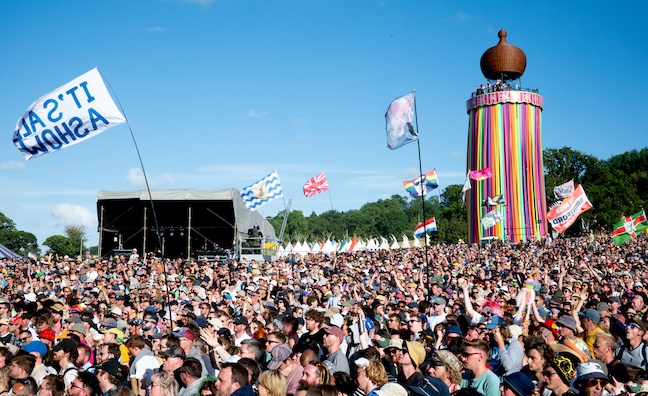 While uncertainty around the pandemic resulted in festival cancellations in 2021, this summer has a full schedule of outdoor live music events.

It’s been a long, three-year wait, but a full summer season of UK music festivals is now upon us and for fans it is the chance to witness in a live setting British music at its brilliant best.

Music never went away, of course; thanks to streaming, we turned to it in larger numbers during the pandemic, with UK music consumption rising by a tenth between 2019–2021. But the power of music is rarely more keenly felt than when performed on an epic scale and enjoyed in the company of friends who revel in the same passion for a particular artist or song. How we have all missed our iconic festivals, and our major tours and sell-out concerts these past years.

From 200,000-plus fans descending on Worthy Farm for the return of Glastonbury to an upcoming festival programme including Adele at Hyde Park, Creamfields, Latitude, Wireless and Reading & Leeds, these events showcase the breadth and depth of music that fans enjoy today, giving a platform to a new generation of emerging talent.

Glastonbury alone showcased memorable performances from a number of the UK’s most exciting artists, including Arlo Parks, Beabadoobee, Bicep, Celeste, Holly Humberstone, Idles, Joy Crookes, Little Simz and Wolf Alice. They’re part of a new wave of talent that is shaping today’s popular culture and, with many now achieving hundreds of millions of streams every year, are fuelling the continuing success of British music. Their sets were alongside hundreds of other featured artists and bands bookended by the youngest and oldest-ever headliners in the shape of Billie Eilish and Paul McCartney, whose stunning Saturday night set of Beatles, Wings and solo classics wowed multiple generations.

Streaming has removed the traditional barriers for emerging artists to reach new audiences, but success requires imaginative marketing and investment in talent

This is a fantastic time for artists and bands, and new music has rarely been more vibrant. Thanks to streaming and social media, emerging and established artists alike from all genres and across the UK and beyond are with the support of their labels reaching new audiences at a scale we’ve never seen before.

Of course, that means there is now more competition for attention, not just from the tens of thousands of new tracks uploaded to streaming services daily but from pretty much the entire history of recorded music: 90 million tracks and counting.

However, it’s easy to overstate the part played by older music: while it’s true that last year 72% of UK streams were made up of ‘catalogue’, over half these were from the 2010s, including such recent big hits as Don’t Start Now by Dua Lipa and Watermelon Sugar by Harry Styles. Music from pre-2000 accounted for less than 30% of the catalogue titles, with the share getting smaller for each preceding decade, going down to just 4% from the 1960s.

A glance of a recent Spotify chart reveals that most hits are current. While Kate Bush’s 37-year-old Running Up That Hill was No.1, 94% of the Top 50 were recently released songs, including domestic breakthroughs such as Eurovision runner-up Sam Ryder’s Space Man and Go by former BRIT School student Cat Burns.

Other homegrown new artists are clocking up hundreds of millions of streams just each year in the UK alone, including Anne-Marie, AJ Tracey, Becky Hill, Dave, D-Block Europe, Glass Animals, Joel Corry and Sam Fender. And on the Official Albums Chart, new bands like The Lathums and Wet Leg are scoring No.1s.

Streaming has removed the traditional barriers for emerging artists to reach new audiences, but success requires imaginative marketing and investment in talent to stand out in a crowded global marketplace.

Glastonbury, where a 20-year-old and an 80-year-old were given the same billing, shows us the huge appeal of music from all eras and genres, producing a generation of fans with more sophisticated knowledge than ever before. And just as streaming is allowing people to discover music released before they were born, it also means new artists can make their music available instantly to the entire world. Streaming has given emerging British talent a rich and vibrant global platform, with more opportunities to connect artists and fans.