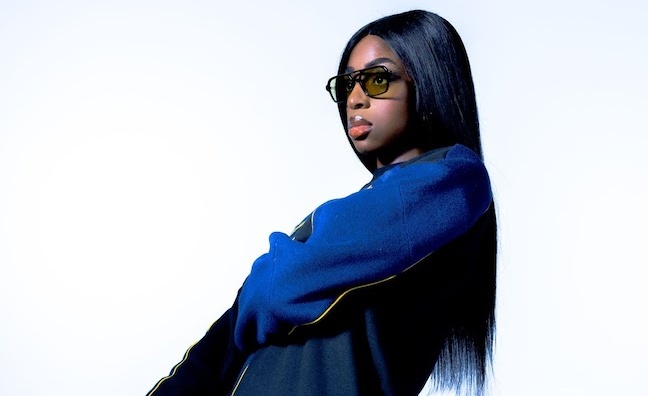 Cat Burns is making a fresh bid for No.1.

Having peaked at No.2 last week with Go (RCA/Since ’93), Burns has now recorded a new version of the track with Sam Smith.

“I came across Cat’s music earlier this year and I was immediately moved and refreshed by her honesty, incredible technique and delivery as a vocalist,” said Sam Smith. “I am so thankful to be a very small part of this special song and moment. Cat is a gift to us all.”

Go has already passed half a million sales after eight weeks inside the Top 5, where it’s set to remain according to the latest updates. It has sales so far of 535,985 (Official Charts Company) based on more than 64 million streams in the UK alone.

Since ’93’s label team spoke about the incredible rise of Cat Burns as part of a Music Week interview in our latest issue.

“The sky's the limit with Cat Burns,” Since ’93 co-president Glyn Aikins told Music Week. “She can go as far as her ambition and desire will take her.”

The new collaboration with Sam Smith follows multiple remixes of the track, which blew up on TikTok.

“There's so many things that haven't been conventional,” said Chloé Ameh, label management head and digital marketing. “We've listened to the artist, we’ve listened to the fans. There's quite a few versions of the track and that's because we're learning from the trends, listening to what the fans want and that has really worked.

Burns is supporting Ed Sheeran on his European tour this summer. There is also serious US potential for the artist, who goes through RCA in the US.

“The song has been added to Today's Top Hits [on Spotify] and there seems to be interest in the US,” said Aikins.

Since ’93 partners with RCA on the campaign.

“We work together and it's a joint effort,” added Aikins. “It's just a natural extension of that partnership.”

Go has more than 850,000 user-generated creations and has topped a billion views on TikTok. Cat Burns has 1.2 million followers on the platform. Alongside influencer campaigns and artist positioning with DSPs, Since ’93 has targeted the fan community.

“We spent 2021 honing in on Cat’s artist positioning and understanding who she is and what makes her stand out from her peers, so when Go started to go viral at the start of the year we were in a position where we could be responsive and immediately start the campaign for Go,” said Nemat Abdela, head of marketing.

“We had spent time last year meeting with our DSP partners and presenting Cat and her music, so getting streaming platforms to start playlisting and supporting the single was pretty seamless. We also have a great digital team who used their contacts at various agencies to start multiple influencer campaigns targeting various sectors of TikTok to ensure we’re hitting potential new fans every week.

“The second important element has been Cat’s fans. They have been engaged from the start and we worked to ensure we release remixes and new versions of Go as well as other content as soon as they've asked for it, which secured their support and made them feel like they’re a part of the campaign and had a hand in her success.”

Subscribers can click here to read the full Since ’93 interview.