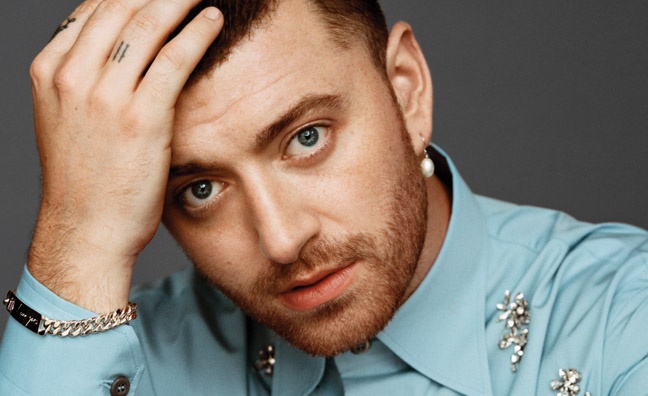 Music Week can reveal that the UK singer and songwriter has passed the global total across the three studio albums released to date – In The Lonely Hour, The Thrill Of It All and Love Goes.

Released in May 2014, debut album In The Lonely Hour (Capitol) charted at No.2 in the US and No.1 in the UK, where it has sales of 2,692,481, according to the Official Charts Company. Sam Smith sold more than one million albums in both the UK and US in 2014.

The streaming numbers are impressive with over 30 billion global streams to date, and 33,360,608 monthly listeners on Spotify today – peaking at 46 million at the end of 2020. YouTube views are in excess of 7.6 billion.

Max Gerrans at Method Management said: “When we began this journey we could never have imagined we’d be where we are today but Sam is a wholly unique artist and their work ethic, drive and vision is truly remarkable. Everyone in the team has worked tirelessly to help tell Sam’s story and deliver their vision on a truly global scale. We cannot wait for their next chapter.”

General manager of Capitol UK Tom Paul said: “When we first met Sam in 2012, we knew that they were a truly incredible talent, and the eight years since their first single release have been nothing short of phenomenal. Along the way, Sam has won an Academy Award, a Golden Globe, Grammys, BRIT Awards, two Guinness World Records and In The Lonely Hour was the biggest-selling debut album of the 2010s. Now joining an elite group of artists who have ever or will ever reach 30m album sales is spectacular recognition for a superlative talent. Sam, Method management and the entire global Universal team have worked incredibly hard and we all look forward to the next milestone in their career.”

Nickie Owen, president of international marketing at Universal Music UK, added: “From day one, it was recognised that Sam is a world class artist and therefore the ambition has always been global. It was so important that Sam was always put on a global stage as their music has proven itself to truly live there. Method and Capitol UK have been incredibly supportive of all the international requests that have come in and Sam has worked so hard to make sure that they deliver to these.”