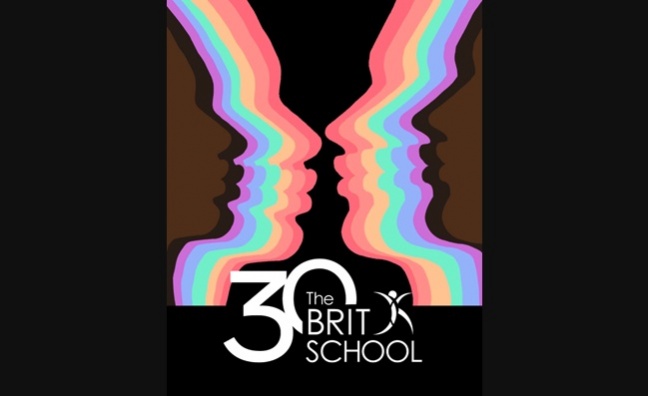 To help and explain the work of The BRIT Trust and the charities it supports, Music Week is publishing a series of BRIT Trust Diaries.

Following Josh Berger CBE's piece on his BRIT journey, the second entry in the series comes from The BRIT School's Mike Offen who, ahead of the Pride In London Parade on July 2, discusses the school's LGBTQ+ and its commitment to the future of the LGBTQ+ community.

I joined The BRIT School back in 2011, exchanging life as an English teacher at one of Nottinghamshire’s most successful state schools for a school that I knew was going to be very unique. I wasn’t wrong, the school couldn’t be more different. And, having taught here for over a decade now, I’m often asked, ‘Just what makes the school so special?’. Of course, a school that specialises in the creative and performing arts is always going to feel pretty unusual. Staff and students are encouraged to express their individuality and we receive generous funding from the BRIT Trust, allowing us to have industry standard equipment as well as exceptional facilities, including our own recording rooms, TV and radio suites and not just one, but two large theatres.

But what really struck me the most all those years ago, and the thing that really made this place feel so special, was the volume and visibility of the school’s LGBTQ+ work. At a time when schools’ efforts in this area, particularly in my own experience, were notably absent, The BRIT School was already exploring LGBTQ+ history, relationships and sex education in both the curriculum and extracurricular events. This support was perhaps best encapsulated by the school’s annual LGBTQ+ Assembly, where students collaborate to both celebrate and raise awareness of all things LGBTQ+ through art, music, spoken word and theatre. It felt incredibly refreshing to work in an environment where I felt a surprising openness about sexuality and where LGBTQ+ groups weren’t just acknowledged tokenistically every February or July, but were an integrated part of school life.

The great thing about working here is that staff are never complacent, and our LGBTQ+ work has continued to evolve. From 2012, I was leading on school-wide events in this area with my fantastic colleague and LGBTQ+ ally, Rachel Penn, and we were fortunate enough to extend the reach of this work through collaboration with external organisations such as Croydon Council and Stonewall, while the school was even featured in Matthew Todd’s book, Straight Jacket. But it wasn’t until I was watching London Pride in 2016, admiring the celebrations and efforts of corporations such as Google and Deloitte, with their rainbow banners and glossy LGBTQ+ floats, that I began to question why there were no schools marching. More pressingly, I had to ask myself why The BRIT School wasn’t there, in the thick of the parade? After all, it is young people that represent the future of the LGBTQ+ community.

Fast-forward to July 2017 and, after a few complex conversations around safeguarding our young people at such a high profile and prolific event, there we were, all 60 of us – staff, students, parents, partners, even teacher’s children – proudly sporting our ‘Love Happens at BRIT’ T-shirts, beautifully designed by one of our Year 13 students. One of our Year 11 students had even collaborated with her mum to produce a giant textile banner, working through the night so that we’d have something to make us really stand out in the crowd! The event couldn’t have gone better and the feeling of  teachers, students, allies and parents coming together in such a celebratory way was truly joyous and incredibly moving.

In more recent years, the school has furthered its support for its LGBTQ+ community and we now have vital school policies to support our LGBTQ+ students, our own LGBTQ+ Festival and even a BRIT School drag show.  We've also seen a whole host of other schools join us in the march, which feels like real progress and it’s great to think that, for some schools at least, the silence surrounding LGBTQ+ people in education is becoming a thing of the past. In fact, reflecting on the past decade reminds me of just how much progress has been made in a relatively short space of time. We now have marriage equality, a new and more inclusive pride flag and highly popular TV programmes such as It’s A Sin and Heartstopper, all centred around young LGBTQ+ people.

And now, after two cancelled parades and lots of disappointed students, we have new T-shirts – collaboratively designed by two of our lovely KS4 students to both celebrate Pride and The BRIT School’s 30th anniversary – and we’re all set to march in the parade on Saturday, July 2. If you’re lucky enough to be there too, please give us a wave and cheer us on – we’re usually quite hard to miss!