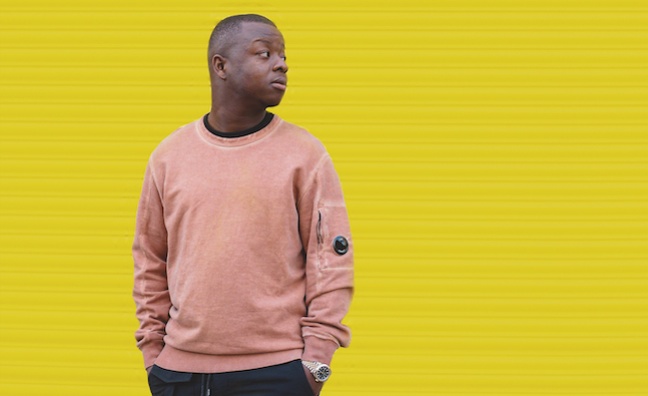 Welcome to the fifth and final part of Music Week's 21 Wrapped series, featuring a selection of industry leaders picking apart the sounds of 2021. What were the trends? Who scored best? Did Adele conquer all? To find out, scroll down and don't miss out on parts one, two, three and four. We begin with Music Week Award-nominated manager Michael Adex...

TRACK: It's hard to say, there have been so many great songs released in 2021, and weirdly I have gravitated more international music, mainly African and French music of late. One of the songs that has really stood out and also had an impact In the UK is Love Nwantiti (Ah Ah Ah) by CKay.

ALBUM: "I have been really impressed with what Dave has produced it feels like he is really coming into his own which is always great to see."

TRACK: "Tom Grennan – Little Bit Of Love. It was a song that lyrically resonated with so many during the pandemic, and one that changed the course of our campaign, and Tom’s career for the better. "

ALBUM: "Joy Crookes – Skin. A beautiful debut, by a formidable artist who is really only just beginning her story."

TRACK: "No child left behind by Kanye West or ...Introvert by little simz. Two of the best artists on the planet making incredibly powerful and beautiful music with a message. I couldn’t separate these two records."

ALBUM: "Kanye West's Donda. I’d started to doubt Kanye but he proved me wrong with this album, he’s back to his uncompromising and unpredictable best."

TRACK “Woman by Little Simz. It carried a powerful message, and the video represented the beauty and brilliance of women, which you can only appreciate and celebrate.”

ALBUM: "There are so many to choose from, as there have been some incredible albums dropped this year. I don’t think you can pick one, but I feel all the projects nominated in our MOBO Album of The Year category represent the depth of phenomenal albums dropped in 2021."

TRACK: "Sam Fender's Seventeen Going Under. It's powerful, he's so talented and the song inspired a really beautiful trend on TikTok with people sharing their own heartfelt stories."

TRACK: "Please could I use a joker, as I can’t choose between Pa Salieu & Aitch's Bad and Kasabian Alygatyr, because they are two tunes!"

TRACK: "There are so many songs I have loved this year. It would be impossible for me to pick just one. First, CKay – Love Nwantiti. This song is truly addictive and crosses all barriers and shows the strength of afrobeats around the world. Body byTion Wayne & Russ, thr first drill song to go No.1 in the UK and Australia Pinkpantheress'Just For Me. Her whole story inspires me from producing her own beats in her uni room to her explosion at the height of the pandemic, she truly is a special talent and enigma all rolled into one. Finally, Tiwa Savage & Brandy's Somebody’s Son. I love that Brandy sang in Yoruba on this song and the two women’s voices blend so beautifully together."

ALBUM: "Summer Walker – Still Over It. It has been beautiful to watch her growth as artist. She has always reminded me of Erykah Badu vocally and I feel on this album she really allowed herself to be vulnerable and tell her story and she has been able to connect with new generation of R&B lovers in totally unique way. She truly is an exceptional talent and this album proved she is here to stay.

TRACK: "The Kid Laroi – Without You. It is great to see a fellow Antipodean conquering the world with his music, especially with him coming from an indigenous background."

ALBUM: "Sault – Nine. It is a brilliant album and I love the clever marketing."

TRACK: "Dave 's In The Fire ft. Fredo, Meekz, Giggs & Ghetts. This is hip hop at its finest, everyone killed it."

ALBUM: "We're All Alone In This Together, such an incredible album that will withstand the test of time."

TRACK: “Lipstick on the Glass” by Wolf Alice is my favourite track from a fabulous album. Ellie’s vocal is soaring, haunting, powerful and fragile, and the stories she tells are mysterious and compelling.

ALBUM: "Little Simz's album Sometimes I Might Be Introvert is a masterpiece. In my mind it confirms Simz as one of the most important artists of her generation. It’s brave, ambitious and experimental, but also accessible and timeless. The story it tells of her artistic journey is profound and moving."

TRACK:  Chaise Longue by Wet Leg. It has everything nihilist, post-punk societal commentary should have, and it's a great tune.

ALBUM: "Jubilee by Japanese Breakfast, because it moves both my brain and my body."

TRACK: “Anything by Becky Hill or Sam Fender, they are the future.”

ALBUM “All The Colours Of You by James. One of the most underrated bands in this country the subject matter is so relevant and they continue to evolve musically.”