Diversity Summit: 'To make a breakthrough you have to look harder - the talent is there' 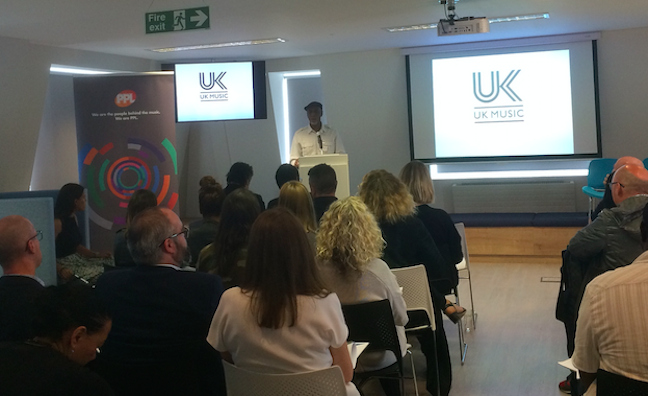 A cross section of industry executives turned out for the first ever UK Music Diversity Summit today (July 12th) to discuss the issues surrounding workplace diversity.

The PPL offices in Soho set the scene for the inaugural event, which coincided with the launch of UK Music's first industry diversity survey, as prominent figures from industry trade bodies, labels, artist management and a host of other sectors came together to hear from a variety of speakers and participate in panels and Q&A sessions.

The summit began with an introduction from Keith Harris, chair of the recently assembled UK Music Diversity Taskforce, and the BPI’s Ged Doherty, who both outlined the need for greater representation and inclusivity across the music industry.

The first speaker to take the stage was Tamara Witt, who revealed some of the key findings from her Diversity Management in the UK Music Industry dissertation, published by MusicTank. Having conducted an extensive study of workplace diversity across the UK industry, Witt found there to be “a significant lack of diversity at the higher levels of the industry, leading to a lack of role models.”

Witt also called upon major record labels to set the standard and “lead by example with the implementation of comprehensive diversity practices.”

Following Witt’s session was a Q&A with former VP strategic partnerships, Sony Music, Mervyn Lyn, and broadcaster and columnist Jasmine Dotiwala. The pair recalled their various experiences working in the industry and offered their take on what needs to be done to address the current lack of diversity.

Dotiwala placed particular emphasis on the inaccurate representation of ‘black music’ across the industry and the impact that this has on up and coming acts. “The music industry has a duty to tell the truth,” she said. “For instance, not all grime and hip hop is about hyper masculinity and violence. When the music industry only signs black music acts who reflect aggressive, hyper masculine caricatures, kids see this as only way to make it in music.”

She also noted that the creative industries should be leading the way when it comes to diversity, drawing attention to the fact that “a black person is more likely to score a goal for the England football team than hold a prominent position in the music industry.”

Lyn echoed her sentiment, lamenting the current state of affairs: “It’s sad that we are even talking about a lack of diversity in the music industry in 2016.”

Channel 4’s chief diversity officer Oona King followed, calling on industry leaders to start making real changes and investing in diversity implementation initiatives in order to make things happen. “The ten most important industry leaders need to sign up and commit to diversity,” she said. “If you want change, it costs money at some point, whether it’s in changing recruitment policies or research. If you really want to make a breakthrough, you have to look harder – the talent IS out there.”

Bringing proceedings to a close was Amanda Gentle of PRS, who discussed the company’s Inside Track recruitment campaign, which was launched as an inclusive way to develop new talent, regardless of background or qualifications. Gentle described how the initiative eschews CVs in favour of competency-based application forms and tests in order to find the right people for the right jobs.

Speaking to Music Week, UK Music Diversity Taskforce chair, Keith Harris, said that he felt the event had been a good way of kickstarting some much needed industry-wide action. “There was a lot of positivity and we went from outlining the problems to outlining the solutions, which is what we’re looking for. Everyone in the room was on the same page and, if we work together, I think we can make a real difference over the next two or three years. It’s about a lot of people working together, not just individuals.”