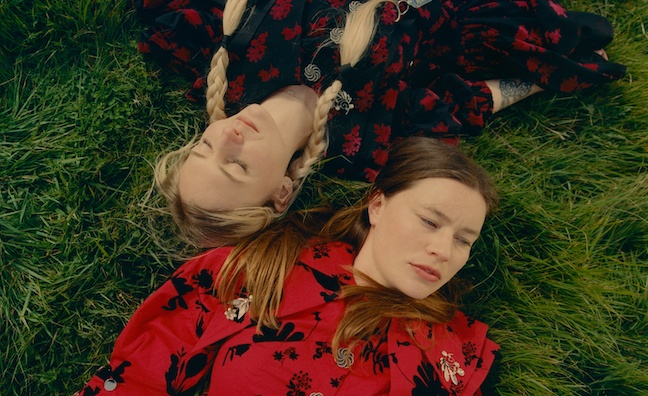 Wet Leg manager Martin Hall has told Music Week of his excitement about working with the duo, who are tipped by many in the industry to be the year’s biggest breakthrough band.

Hall, whose client base includes Manic Street Preachers, is proud to have Wet Leg among his roster.

“Doing this as long as I have – managing Manic Street Preachers for 30 years – it’s good to have a really hot, alternative guitar band,” Hall told Music Week. “It’s great that things have moved so quickly and it’s been great working with the nice people at Domino. The songwriting will grow, too. I’ve heard stuff that isn’t on the record, and it’s really good. I think it will surprise people. I’m feeling confident about the future.”

Wet Leg, Rhian Teasdale and Chambers, release their self-titled debut album via Domino today (April 8), and Hall said that the fact that the Dan Carey-produced record has been in the can since before the release of their Chaise Longue single last year has been key.

“It gave us the luxury of being able to plan out the year, knowing we had the album in our back pocket,” he said.

Wet Leg released Ur Mum, the sixth single going into the album, this week. The group have 1.5 million listeners on Spotify, where their biggest song is Chaise Longue, with 13m plays.

Hall said that the rest of their debut album will surprise fans.

“The album doesn’t sound like Chaise Longue, that’s why it’s smart and that’s why they’re great writers,” he said. “You can try and recreate success, but ultimately it has to be organic and about what connects with people. You have to trust the artist to come up with the creative stuff and I do trust them. People think they had a director behind the Chaise Longue video, but it was shot on an iPhone on the Isle Of Wight, before they sent it to anybody. I think it’s genius.”

The manager also stated that Domino boss Laurence Bell and his team are the perfect partners for Wet Leg.

“Laurence Bell was a huge factor,” he said. “I trust him, he’s got a great taste in music. That and the fact that Arctic Monkeys are with Domino.”

It’s great that things have moved so quickly

“We have also rolled it out internationally,” he added. “We spoke to the US [team at Domino] before we signed and knew they were onside from the beginning. I’m not sure we would have had that with other labels.”

Wet Leg have performed for Jimmy Fallon and Seth Meyers on US TV and are due to play a run of dates in America later this year.

“We’ve been there twice already and sold out both sets of dates before we arrived,” Hall said. “It’s rare to have two US TV performances before an album – and we’re going to go back for a summer tour as well.”

Subscribers can read the full interview with Wet Leg and their team here.