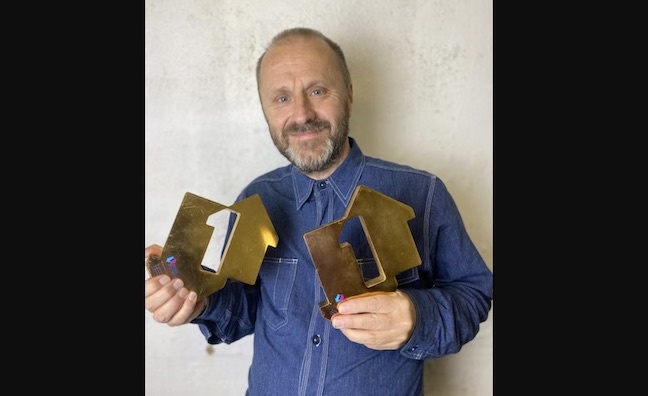 Management company Hall Or Nothing is celebrating a strong showing in the albums chart in the past month.

In partnership with Sony Music, the company has secured No.1 in albums from long-standing clients Manic Street Preachers and The Script.

The Manics’ The Ultra Vivid Lament (Columbia) debuted at the summit on September 17 with first week sales of 25,285, according to the Official Charts Company.

The Script entered at No.1 on Friday (October 8) with career retrospective Tales From The Script (23,285 sales).

Martin Hall, who launched the management company with his brother the late Philip Hall in 1990, also looks after up-and-coming duo Wet Leg, who recently signed to Domino. Wet Leg are currently making an impact at radio with their debut single Chaise Longue, which has almost three million Spotify streams.

Martin Hall, who works alongside his brother Michael and Helen Gilliat, said: “I take huge pleasure from the Manics claiming a No.1 album after a wait of 23 years since they last enjoyed the top spot, and that after five consecutive near-miss, No 2s. The band are made up, as are we.

“As for The Script [who Hall co-manages with Simon Moran], to have them this week enjoying their sixth UK and Irish No.1 album, it means we’ve had all our Christmases come at once. And it’s been great working with the team at Sony, it’s been a genuine collaborative effort throughout.”

Sony Music UK CEO and chairman Jason Iley added: "Martin is one of the most loyal and dedicated managers in the business. It’s been a pleasure working together on several No.1s over the years, but to have two chart-toppers in the past month, from two of the most important artists in the industry, is testament to how great he really is.”