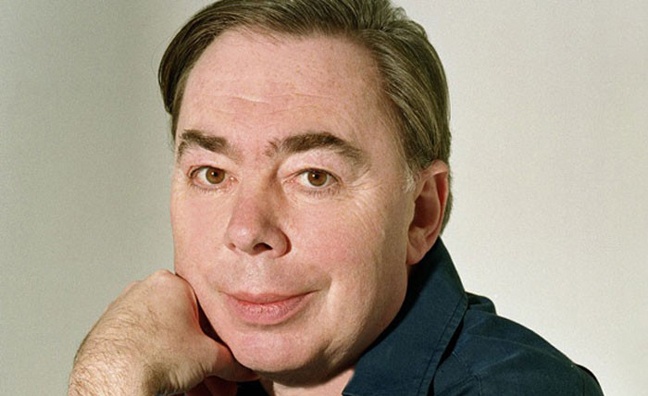 TMC will be jointly owned by Lloyd Webber (pictured), Concord Bicycle Music and the Really Useful Group and will operate from RUG offices in London and CBM offices in New York.

"TMC enters the market with a unique and superior skillset in support of musical theatre creators: professional and amateur licensing, music publishing and original cast recording. Exceptionally well-capitalised. Asset rich. Under one roof. Worldwide. And determined to both create new opportunities for, and preserve long-term value of the works of its affiliated writers and rights holders," said Concord Bicycle Music chairman Steve Smith.

TMC has appointed Sean Patrick Flahaven as its founding CEO, effective Monday, October 3. Flahaven joins from music publishing company Warner/Chappell Music where he served for the past eight years as SVP Theatre and Catalog Development.

The Really Useful Group has appointed TMC as exclusive agent to manage professional and amateur performance licensing of the works jointly owned by Lloyd Webber and Tim Rice -- which includes Joseph and the Technicolor Dreamcoat, Jesus Christ Superstar and Evita -- as well as Lloyd Webber's solo repertoire including The Phantom of the Opera, Cats, School of Rock, Starlight Express, and Sunset Boulevard.

"Steve Smith and his team at Concord Bicycle Music have distinguished themselves as both proactive advocates for creators, and quality stewards of artistic legacy," Lloyd Webber commented. "We are extremely enthusiastic about collaborating with them to create an exceptional, multi-disciplinary theatrical music rights management company."

Concord Bicycle Music has also named TMC as the manager of its interests in the works of Pulitzer, Emmy, Grammy, Oscar and Tony winner Marvin Hamlisch, including songs, film scores and the musicals A Chorus Line, They're Playing Our Song, The Goodbye Girl and Sweet Smell of Success.

On behalf of the venture, Bicycle Music Company's publishing team will manage and administer Andrew Lloyd Webber's original song portfolio worldwide, including Memory, The Music Of The Night, All I Ask Of You, The Phantom Of The Opera, Think Of Me, Pie Jesu, Love Changes Everything, among hundreds.

Flahaven said, "I am excited and honored to be leading an exciting new venture with unique, unparalleled service for both established and next generation musical theatre writers. Starting with these iconic catalogues and the support of Andrew, RUG, and CBM gives us a terrific base from which to actively seek new talent."