Polydor do the double in albums charts with Inhaler and Cinderella 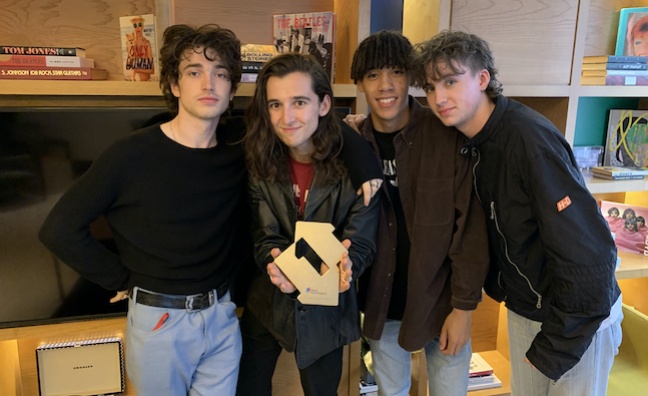 Polydor have scored No.1s this week in both the official albums and compilations chart.

Inhaler held off a streaming challenge from Olivia Rodrigo - another Polydor act - to debut at the summit with It Won’t Always Be Like This. The Irish band’s debut album opened with 17,728 sales (including 673 from streams), according to the Official Charts Company.

Inhaler’s LP is Polydor’s fifth No.1 of the year and their eighth week at the top of the albums chart. The band, who are directly signed in the UK, also made No.1 in Ireland after shifting more physical copies than the rest of the week’s Top 50 combined.

On the compilations chart, Polydor has the No.1 album with the cast recording to Andrew Lloyd Webber’s Cinderella. The album opened at the summit with 5,438 sales (including 213 from streams).

Lucy Dann, Polydor marketing director, said: “An absolute thrill this week to see the team deliver such strong results across both the main chart and the compilations chart with a double No. 1. It illustrates just how well the Polydor team drive thoughtful and innovative campaigns whilst offering audiences products that resonate.

“I am particularly proud that this showcases the breadth of our skills – that we can deliver a debut no. 1 for a domestic [UK-signed] indie band and a No.1 for the genius of Andrew Lloyd Webber alongside his highly anticipated theatre production Cinderella. A great week for us.”

Polydor will be targeting another chart-topper next week with Pop Smoke’s Faith, released in partnership with Republic and Victor Victor.

Olivia Rodrigo is also in the running for a return to the summit. Sour moved down to No.2 despite registering a further 15,379 sales (14,480 from streams) in the past week. Total sales now stand at 203,052 for the album, which is the biggest seller of the year to date.