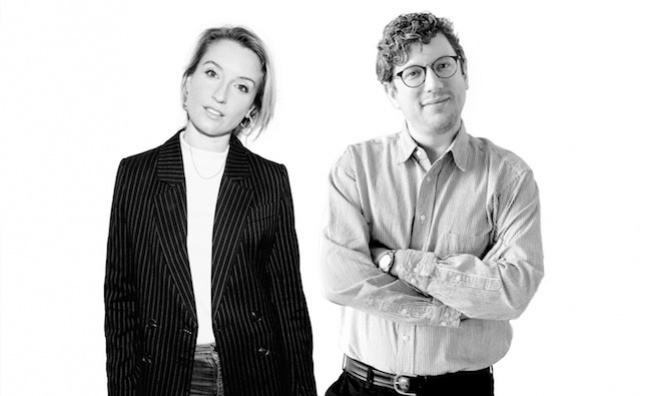 The joint promotions were revealed in the latest edition of Music Week. The new titles are recognition for their contribution to Polydor’s recent successes, including 5 Seconds Of Summer’s No.1 album victory against Dua Lipa and Mabel’s fourth top 10 hit single with Boyfriend after her triumph at the BRIT Awards. The label won the Record Company Of The Year title at the Music Week Awards in 2019.

The pair have simultaneously risen through the ranks at Polydor over the last decade, with Hallowes joining the label as digital marketing manager in 2009 and Dann joining in 2012 as marketing manager. They were subsequently promoted to head of digital and head of marketing respectively. It was while working together on campaigns for Ellie Goulding, Take That and Gary Barlow that Dann and Hallowes developed their enduring working relationship.

Dann said: “Stephen and I have worked together for a long time now – we both used to run digital and marketing respectively on campaigns together before we became co-heads of marketing and now directors. We work well together – often it’s that we come at it from a bit of a different angle and will often problem solve something by troubleshooting together. We have a common ethos in the way in which we want to run the team – we hope to make it a place that people enjoy coming to work every day and they feel part of something. It’s not always easy, so it’s important for us to help towards making the challenging bits of the job worth it for everyone.”

We approach running the marketing team as one, sharing results, strategy and ideas across the whole department

Hallowes added: “The way it’s structured we look after different teams and different artists/campaigns but we approach running the marketing team as one, sharing results, strategy and ideas across the whole department which we really feel makes the team stronger.”

Dann has worked with Take That and Gary Barlow since she joined Polydor, including overseeing the campaign for Odyssey, the fastest-selling album of 2018. She also handled the roll-out for the domestically signed global phenomenon Mamma Mia: Here We Go Again soundtrack which went on to sell 2 million copies worldwide. She is currently working with Becky Hill, who is having her first solo top 20 hit. Dann had the last number one of the decade with Ellie Goulding.

Hallowes has worked closely with Mabel and global hitmaker Jax Jones from the beginning of their careers. His campaign for Mabel has been shortlisted for Best Artist Marketing at the Music Week Awards. Jones had the fifth biggest-selling debut album of 2019 thanks to an innovative release strategy, as previously reported in Music Week. He is also responsible for the Years & Years and Haim campaigns.

In the UK Dann and Hallowes oversee a team that have delivered a No.1 album for Sam Fender, the last two BRITs Rising Stars in Sam Fender and Celeste, and No.1 albums for Billie Eilish, Lana Del Rey, Eminem and The 1975.

To read the exclusive interviews with Lucy Dann and Stephen Hallowes, subscribers can click here. To subscribe and never miss a big industry story, click here.