'The hope is to create our biggest spike yet': How Jax Jones and Polydor transformed the debut LP campaign 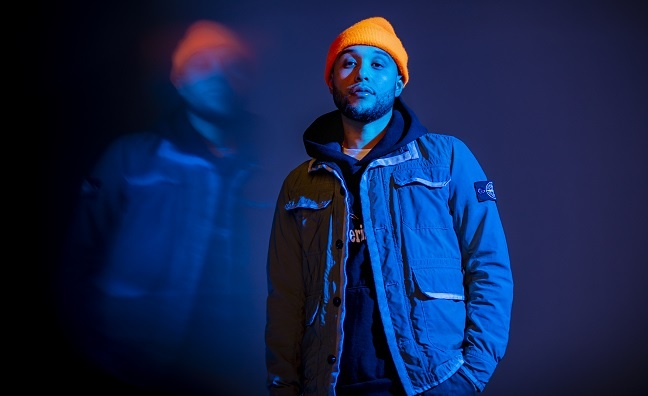 Eleven months after it first emerged as an EP of existing hits, Jax Jones’ Snacks is finally released as a complete album on Friday (September 6).

Speaking to Music Week, the hitmaker has opened up about the bold streaming strategy for Snacks, which is about to get its first physical release with an expanded edition. Eighteen months ago, Jones first explained why the album format was still important for a debut artist.

Fellow Polydor artists Mabel and Billie Eilish have also built up EP/mixtape releases with additional tracks, though Snacks is the most ambitious version of a model that’s evolving in the streaming era. Ahead of the full release, it has peaked at No.12 and is currently inside the Top 20. With sales to date of 75,428 (Official Charts Company), it is already well on the way to gold certification even ahead of the full release. Apart from 1,062 downloads, that’s all down streaming.

The label’s debut album strategy has clearly paid off for Jones. Here, Polydor’s head of marketing, Stephen Hallowes, takes Music Week inside the campaign so far…

Can you recap the unique release strategy for Snacks?

“On October 12, 2018, we collated all of Jax’s key hits singles up until that point into the first version of the Snacks EP, which was five tracks – Housework with MNEK and Mike Dunn, You Don’t Know Me with Raye, Instruction with Demi Lovato and Stefflon Don, Breathe with Ina Wroldsen and Ring Ring with Mabel and Rich The Kid. The strategy was to reimagine the album as an ever-evolving playlist that would update on an on-going basis and eventually culminate in a full album release with extra songs. Play with Years and Years was added November 29, 2018, All Day And Night with Martin Solveig and Madison Beer was added March 28, 2019, One Touch with Jess Glynne (which was her single, but we had approval to add to the album) was added May 24 and Harder with Bebe Rexha was added July 12.

“Then on September 6, an extra six songs will be added to complete the product into a full 15-track album. The main purpose was to create one destination for fans to listen to all of Jax’s hits, but it also enabled us to start building an album story with Jax over time, which felt like a good strategy for an artist much stronger in the singles market than albums.”

Can you identify what helped create streaming spikes for the Snacks collection?

“Every time we released a new song the album would spike and hit a new chart peak, and we complemented our single marketing for each song with album marketing driving people into the Snacks product/playlist. Jax’s brand has been established over a long period of time with the artwork for each single being a household product – often a ‘snack’ – and the live show revolving around the same creative. So, pulling this together under the Snacks moniker also enabled us to have more fun with digital marketing and content to drive the campaign.”

What will the approach be with the full album in terms of physical and streaming?

“We are treating the full album release as we would any major album with physical distribution, signed albums, plans in place with key streaming partners; we’re doing in-stores around release with Banquet and Crash, and a full marketing campaign across outdoor, TV and digital. We have the current single Harder with Bebe Rexha, which is Top 10 in the airplay chart, as our single into album release. We also have Jacques with Tove Lo coming as another track pre-release and we are focussing on This Is Real with Ella Henderson as our key track for streaming week of release, which gives us another two focus tracks to drive it further.

“We have promotion lined up including a Radio 2 Breakfast show session, Radio 1 Live Lounge and promo with Box and MTV plus more. The hope is to create our biggest spike yet for the album in terms of volume and chart on release.”

To read the Jax Jones interview on the Snacks campaign, subscribers can click here.