Eminem & Juice Wrld claim one of closest UK single chart victories ever, Music To Be Murdered By also makes history 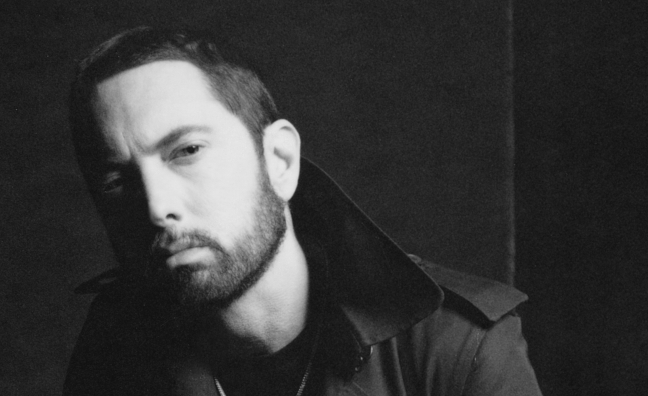 Not only did Eminem secure a chart double on the back of the surprise-release of his 11th studio album, Music To Be Murdered By, he also broke a record in the process. And pulled off one of the closest victories in the singles chart ever.

Godzilla, Eminem’s collaboration with the late Juice Wrld, hit the top of the singles chart selling 52,633 according to Official Charts Company data.

An Official Charts Company press release stated that the closest ever recorded chart battle in the UK was back in 2007 when Timbaland’s The Way I Are pipped Kate Nash’s Foundations to No.1 by just 16 sales.

Music To Be Murdered By’s official lead single Darkness entered at No.17, while Eminem’s collaboration with Ed Sheeran, Those Kinda Nights, entered at No.12.

Eminem’s best-selling single in the UK remains 2002’s Lose Yourself from the 8 Mile soundtrack, which has sold 2,210,587 copies to date.

On the album's chart, Eminem's Music To Be Murdered By debuted at No.1, selling 36,302 copies according to OCC data, besting Courteeners’ More Again Forever (24,724 – OCC), which led the chart race at the midweek stage.

The result extends Eminem’s record-breaking run of consecutive No.1 albums to ten – a feat no other act in UK chart history has managed.

Eminem’s similarly surprise-released 2018 album Kamikaze racked up first week sales of 55,115 copies (including 30,041 from sales-equivalent downloads). It has sold 319,730 copies to date. Music To Be Murdered By is yet to receive a physical release.