Tributes to Juice Wrld, dead at 21 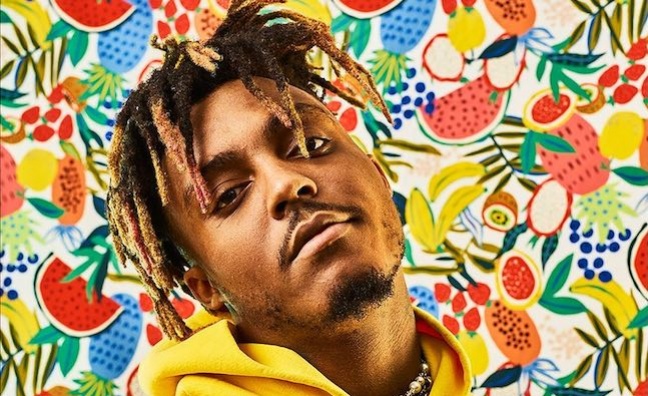 US rapper Juice Wrld has died suddenly. He was 21

His death on Sunday was confirmed by the Cook County Medical Examiner's Office. A cause was not revealed, though it was reported he had a seizure at Chicago’s Midway airport.

Thomas Scherer, EVP, BMG Los Angeles, said: “Juice Wrld is one of the most ambitious, dynamic, and prolific artists of his time, with a unique style all his own. Above all, as a person, he was kind, thoughtful, and generous. He had a vibrant soul, an authenticity full of energy, love, curiosity and music. We admire him as the person he was, as much as the person he was becoming. What he accomplished and achieved in such a short time, and at such a young age, is nothing short of extraordinary. We are absolutely devastated and mourn the loss of a young bright star gone far too soon. Our utmost heartfelt condolences to his family, friends, fans, Grade A and everyone he touched and inspired around the world. Juice Wrld forever.”

Ellie Goulding, who collaborated with Juice Wrld on her single Hate Me, described Higgins as a “sweet soul" who had "so much further to go".

US police are investigating the death.

Juice Wrld scored a run of Top 75 UK singles in the past 18 months. But he is best know for debut hit Lucid Dreams (Interscope/Polydor), which peaked at No.10 in summer 2018 and has sales of 955,171, according to the Official Charts Company. The single All Girls Are The Same did not chart but has sales of 255,578.

He made an impact after emerging via SoundCloud, which helped promote rising rappers including the late Xxxtentacion.

Fellow artists and songwriters, as well as industry execs, have paid tribute on social media.

Juice made a profound impact on the world in such a short period of time. He was a gentle soul, whose creativity knew no bounds, an exceptional human being and artist who loved and cared for his fans above everything else. pic.twitter.com/DsVNGNaMZK

He knows our hearts. I really wish we had more talks like that one night in LA. Dude. This is ridiculous. Millions of people, not just in Chicago but around the world are hurting because of this and don’t know what to make of it. Im sorry. Love you and God bless your soul. #legend

I can’t believe it... you were such a sweet soul. I’ll always remember meeting you and your family on the video set and thinking how close you were. You had so much further to go, you were just getting started. You’ll be missed Juice ????

Juice WRLD was an incredibly talented dude and things like his death remind me of the unfairness of the world. Rest In Peace, love to his family friends and team

too many of our peers leaving us way too soon! rest in paradise juice wrld ????????

Deepest Condolences JuiceWrld's family. May he rest in peace. And may his musical legacy live through his friends, fans and team. Love. #RIPJuiceWrld