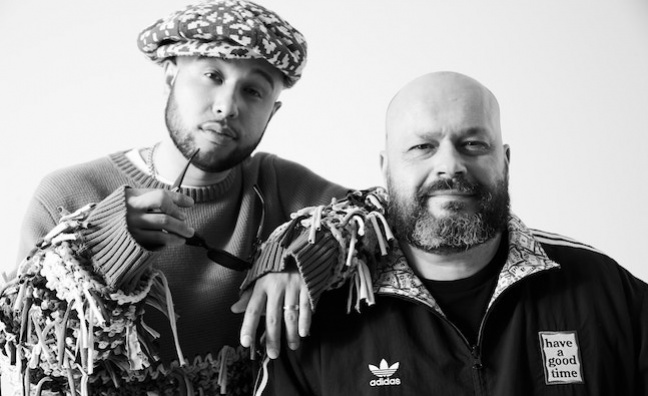 Jax Jones has announced the launch of his new record label WUGD, in partnership with long-time manager Dan Stacey of Loving Alliance, and Polydor Records.

As flag bearer for WUGD (pronounced "woo good"), Jax Jones will be the label’s debut release, with a new dance track titled Feels, taken from his forthcoming Deep Joy EP (released in early July). It will be followed by a run of artist releases from WUGD’s newly formed roster.

The UK hitmaker has been a fixture in the singles charts since 2016, including Top 3 single You Don’t Know Me (feat. Raye), which has 1,577,653 sales, according to the Official Charts Company. Jones’ album Snacks (Polydor) – an innovative, streaming-focused release – has sales of 268,863.

WUGD has been founded in order to provide a platform and mentor the next generation of talent, with a key focus on affording its roster “full creative control, integrity and investment”.

As well as dance music, WUGD will be signing artists that span a variety of musical genres alongside collaborations with multi-discipline creatives. WUGD’s label manifesto has been created with LGBTQ+ activist, model, and spoken word poet Kai Isaiah Jamal.

According to the announcement, the label’s mission is to “amplify talent that needs to be heard and advocate for those with limited opportunities, creating a positive, long-lasting impact on the music industry”.

Plans are underway to launch a WUGD bursary scheme and mentorship programmes for young creatives starting out, and the label are actively seeking new talent. Emerging artists are encouraged to get in touch via demos@wugd.co.uk

I want to create an environment for artists to blossom

Jax Jones and Dan Stacey share over 20 years of music industry experience and, alongside their partner Polydor Records, they are behind a succession of hits. Jones (real name Timucin Lam) has BRIT, Grammy and Ivor Novello nominations.

As an A&R at 679 Recordings, Dan Stacey signed the likes of Kano and Plan B. His current roster of global talent includes Grammy award-winning producer Riton and rising talents such as Shane Codd.

Speaking of his new business venture, Jax Jones said: “Being an artist, I know the courage it takes to make it. I want to create an environment for artists to blossom, with access to everything I can offer – from the expertise of my team to a personal relationship with me, free from interference and bullshit, because I believe that’s what it takes to make the best music. And partnering up with Tom [March] and Ben [Mortimer] at Polydor means we can go the whole way round the world with you. It’s like Kai says, in the WUGD manifesto – we’ll find a way together.”

Dan Stacey added: “We want to help artists make their favourite music. That’s what has always driven Timz in his own career from day one, and I’m proud that WUGD will help other artists do the same. We both feel passionately about protecting the artists vision and creating opportunities for the next generation. Cut the crap. Enjoy it.”