Polydor's Jodie Cammidge on the label's No.1 airplay triumph 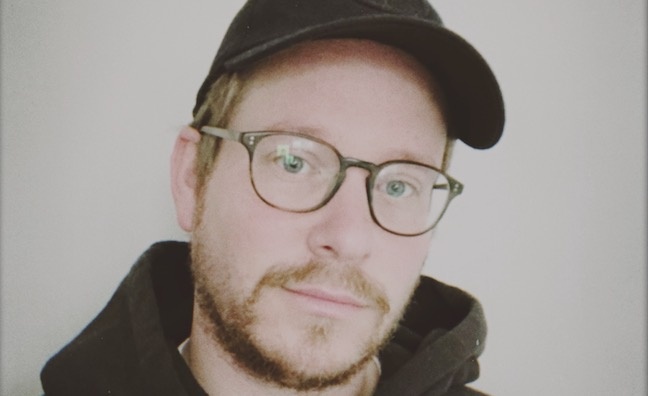 Polydor’s promotions director Jodie Cammidge has spoken to Music Week about the label’s “tremendous” result in the 2020 airplay chart.

The Universal label ended a run of three straight victories for Atlantic on the Radiomonitor Top 100 airplay chart. Polydor finished the year in first place on airplay with a 16.23% share of impacts based on the UK All Radio measure. It had 16 songs in the Top 100.

“In a year with so much uncertainty, no live shows, no festivals or social gatherings, radio and TV became more important than ever,” said Cammidge. “It feels tremendous to end the year as the No.1 label for both Radio and TV airplay – the first time for Polydor in the best part of a decade. I’m so proud of the team who have grafted tirelessly under such challenging circumstances – Laurence Pinkus, Gavin Hughes, Amika Ezer, Claire Close, Jessica Spaine, Georgie Mills and Remy Naidoo – the best in the business. Also, a shout out to the great indies we work with too.”

Based on impacts, Island actually had the biggest radio airplay hit of the year with The Weeknd’s Blinding Lights, followed by Dua Lipa’s Don’t Start Now (Warner Records).

Polydor’s biggest radio hit was Rain On Me by Lady Gaga & Ariana Grande at No.3. Gaga’s Stupid Love made No.24 on radio airplay last year.

The label was also at No.6 with This Is Real by Jax Jones feat. Ella Henderson and No.20 with Better Off Without You by Becky Hill feat Shift K3y. Other big airplay hits of 2020 include Mabel’s Boyfriend (No.35), Don’t Need Love by 220 Kid with Gracey (No.39) and Rockstar by DaBaby feat. Roddy Ricch (No.45).

Polydor were, of course, victorious at the Music Week Awards in the Record Company and A&R categories.

You made the Top 40 overall radio airplay chart with new acts 220 Kid and Gracey. How did you achieve such a connection with radio listeners with this breakthrough collaboration?

“What’s really pleasing about this release is that it’s not just one, but two of our new UK artists benefiting from one big record. We love putting our artists together on songs (big up to the A&R gang) and this one worked very well. We built it slowly over a number of months and when it was starting to connect with a streaming audience, we then began the big airplay push. It’s such a perfect radio tune, it was relatively straightforward to be honest. Will (220 Kid) is such an infectious character and people fell in love with him instantly, and Gracey’s vocal just cuts through on the song. It’s undeniable. I still hear it on the radio all the time now and it sounds as fresh as it did when I was first played the demo.”

Jax Jones and Becky Hill also made an impact last year – how has Polydor achieved dual success on streaming and airplay for these acts?

“Jax really is king of the airwaves, he reached some insane milestones last year with over one million career radio spins reaching an audience over 10 billion impacts. He is also the nicest guy on Earth, we love him and everyone works so hard on his tunes. He’s got some more bangers for 2021 too. Becky is a real labour of love. Quietly, she has become a huge breakthrough superstar and her streaming numbers are ridiculous. She makes such brilliant dance music that leaps out of the radio. She is also one of the greatest songwriters around at the moment. A real privilege to be around such a talent.”

Rain On Me was one of the biggest songs of the year – how did the pandemic affect your promotions campaigns for huge artists like Gaga?

“When trusted with an artist like Lady Gaga, it really does come with huge responsibility, so we didn’t want to let the pandemic get in the way of our plans. Obviously, it meant that we wouldn’t have her in market, which brings many challenges, so the pressure to deliver at radio became even more crucial.

“Bobby [Campbell], her manager, is one of the hardest-working managers we have the pleasure of working with, he is hugely focused on the UK market and our communication throughout the entire campaign was constant. You really want to deliver for great managers like him, and deliver we did. I lost count of how long we were at No.1 airplay across the singles. Work began way before anyone had heard the terms social distancing and lockdown. We had the music early and started playing the first two singles to contacts months prior to release. We got everyone engaged early and stations were chomping at the bit to start playing them. Rain On Me is still in the Top 10 Airplay now. With the record being such a huge success, it was a real shame we weren’t able to do any promo in person that Gaga is always so brilliant at. We would have loved the Graham Norton appearance to be filmed in the London studio, however creating a Chromatica-themed space in LA and appearing on the show via green screen was actually quite a lot of fun too.

"We had to think outside the box a lot last year but it’s interesting what you can come up with when you have to think differently. We got creative with Gary Barlow promo in Q4 too. Some days we recorded multiple performances, interviews and content in one location, but with different production and set designs for each one so none of them looked the same. It was challenging but worked really well and was a super efficient way of banking loads of promo for us to use across the months leading up to Christmas. We also delivered a monster of a hit with DaBaby too even without him being able to come to the UK due to the pandemic."

Polydor had great success in 2020 – what are your ambitions for 2021, particularly for breakthrough acts?

“It's great to be able to look back at the year knowing that all of the hard work has been recognised. We want more of the same this year and we have some incredibly exciting new artists coming to keep us busy. Shane Codd’s debut single is already flying and I predict a huge year for Olivia Rodrigo. We have debut albums from Celeste, Inhaler and Baby Queen coming, plus more great new music from Sam Fender, which I am very excited about and there’s so much more I can’t mention yet. I’m also looking forward to seeing the whole team in person to celebrate this properly as soon as we can.”