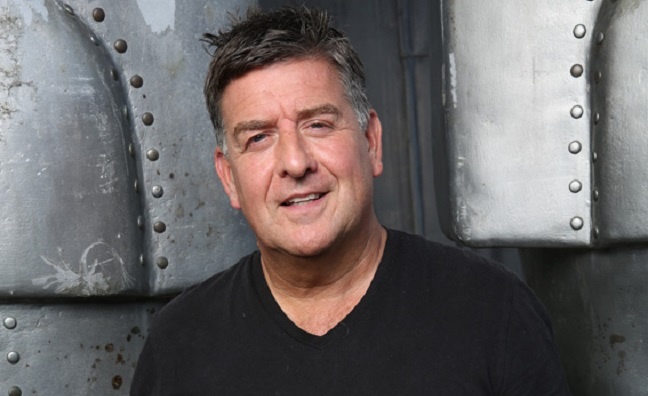 Atlantic has done it again.

The Warner Music label is No.1 on the Radiomonitor Top 100 airplay chart for 2019. It emerged with an 18.05% share of impacts based on the UK All Radio measure.

In the latest issue of Music Week, we crunch the numbers on airplay and streaming.

Atlantic didn’t have the No.1 airplay hit of the year – Virgin EMI took the honours with Lewis Capaldi’s Someone You Loved – and wasn’t able to hit the heights of the 2018 Radiomonitor market share.

But former Music Week cover star Damian Christian (pictured) and his team had strength in depth to secure a third successive victory, alongside their 2019 Music Week Awards Promotions Team triumph. Radiomonitor confirmed that no other label has achieved the feat since it began collating the data a decade ago.

“We are delighted to be No.1 in the Radio & TV airplay charts for the third successive year,” said Christian. “The big driver behind our airplay success is having brilliant acts and songs that can be played across all the major radio networks.”

Atlantic’s biggest airplay hit came from its share of I Don’t Care by Ed Sheeran and Justin Bieber, which finished at No.4. Sheeran was also at No.18 with Beautiful People (feat. Khalid), and had five other Top 100 airplay entries.

Ava Max’s Sweet But Psycho finished at No.12 on airplay. Fellow Atlantic artist Jess Glynne was at No.13 with Thursday, although it wasn’t quite so strong on DSPs and finished the year as the 57th most streamed song, according to the Official Charts Company.

“Both streaming and airplay hits are obviously incredibly important in their own right, [but] the Top 20s of both charts often aren’t a clear reflection of one another,” said Christian, director of promotions for Atlantic UK and SVP of promotional strategy for Warner Music UK. “However, their positioning on either can complement and contribute to the positioning on the other chart – a massive radio airplay hit can help a track stream better and vice versa.”

Atlantic also made an airplay impact with artists including Lizzo, Rita Ora, Anne-Marie and Joel Corry. However, the label’s flagship artist Stormzy was shut out of the airplay Top 100 for 2019, despite Vossi Bop being the sixth biggest streaming hit of the year.

But Christian said that radio still remains crucial for artists.

“Radio covers all genres and there is an enormous sense of excitement from first plays to A-list rotations – this applies for everyone from the artists to the listeners,” said Christian. “The anticipation of [radio] playlists is still as intense as it’s ever been.

“All radio from national broadcasters to online only-stations is incredibly important for artists and culture on so many levels – and it always will be.”

To read the full report on airplay and streaming, pick up the latest issue – or subscribers can click here.