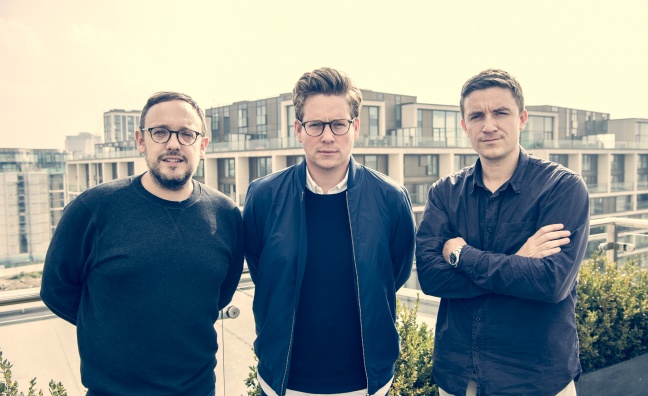 Polydor promotions director Jodie Cammidge has spoken to Music Week about the label’s “strong performance” on airplay and its radio strategy.

The label has been nominated in the Promotions Team category at the Music Week Awards on May 6.

“Polydor had another strong performance in the airplay Top 100 in 2019 with 16 tracks featured from nine different artists,” said Cammidge. “The team have done a spectacular job once again and our brilliant A&R team are delivering artists and songs that can be played across many networks.

“Maintaining our No.1 overall position within UMG [on share of plays] is great and really down to the hard work and attention to detail that goes in to every campaign. We had a solid year at radio, but there’s still plenty of growth for us and having made an impressive start to the year we’re feeling confident about 2020.”

Pluggers have spoken to Music Week about why radio still matters in the streaming era. Here, Cammidge opens up further about Polydor’s radio promotions strategy…

What was the big driver of airplay success in 2019?

“We’ve become experts at reading the data and knowing when the right time is to push, but every release is different and some songs can move quickly at streaming before radio have even heard them. There are certainly examples in 2019 of songs performing very well at streaming before any radio playlist additions. We’re going to see more and more of that.”

There's a clear distinction between streaming hits and airplay hits. Why has this divide opened up?

“There are many factors to consider when discussing streaming hits that are not yet on the radio. Big US streaming playlists have huge listening numbers in the UK, and those streams count in our chart. There are also many records that a young audience will stream repeatedly, or songs that might make more sense to a TikTok audience than a radio listener.”

Why is radio important for artists in 2020 - can it still deliver a hit?

“It’s very difficult to break an artist in the UK without radio. Stations look at everything, all the data, ticket sales etc, but also many decisions are based on gut feeling and taste without relying on stats alone. Radio in the UK has a lot of space for music that might not be a hit at streaming – that’s what makes our radio landscape the best in the world, and why it is without question a huge part of our focus and attention.

“We also definitely see a correlation between radio airplay support and streaming consumption, more so than many other territories. The key is having everyone joined up, streaming playlist support at the same time as radio, then we can break many more artists in the UK. Often a single radio play can very quickly inform us when to put more urgency in to a song – we see this from Shazam numbers and streaming uplift around airplay. But importantly radio drives an artist’s story and gives the audience a real picture of who they’re listening to.”