'It's a streaming first record'; Parlophone's Jack Melhuish on the Dance Monkey phenomenon 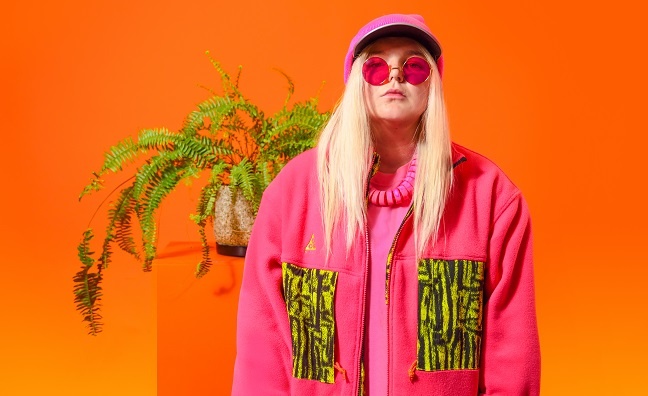 Tones And I is enjoying a second week at No.1 with her single Dance Monkey (Parlophone).

The track has sales to date of 264,355, according to the Official Charts Company. It increased sales by 40.1% on the previous week.

Dance Monkey has been a global smash for the Australian singer. As well as her home country, it’s performed strongly in Scandinavia, as well as Germany, France, Italy and Spain.

“It was a massively successful No.1 record in Australia,” Jack Melhuish, Parlophone’s director of marketing, partnerships and strategy, told Music Week. “When we really started to notice it was when it started to spread into the Scandinavian and Nordic section of Europe. It became clear through our viral chart tracking and forensic streaming analysis that this was a record that wasn’t just pigeonholed to Australasia. There’s been a lot of success to build on.”

There’s been a lot of success to build on

Parlophone has released the single and The Kids Are Coming EP through its relationship with US label Elektra, which has signed Tones And I (real name Toni Watson) to the world outside Australasia. Sony Music signed Watson for her home market.

Radio has come on board slowly – BBC Radio 1 has just moved the single up from its C List to the B List – but it’s DSPs and YouTube that have been driving the global listening.

“It’s a streaming first record and that’s not to downplay the role that radio’s had because there have been some key champions, which has very much helped with the journey,” said Melhuish. “Scott Mills [on Radio 1] made it his Track Of The Week a couple of weeks ago. That was tremendously beneficial in terms of giving it some mainstream airplay, which then proved to us how reactive that record was when it was getting that traction.”

He added: “When you have records that are having moments internationally in key markets, that can propel them into the line of sight of streaming consumers in other territories, just by virtue of the [Spotify] viral chart and the main chart.”

The UK campaign will step up with the first UK visit and performances by Tones And I next month. She plays sold-out London shows at The Lexington (November 15) and Oslo (November 16), followed by an Electric Ballroom date in February 2020 promoted by DHP Family.

“We've been very vocal in the need to bring her back to build the connection with media, to tell her story as an artist and showcase her potential,” said Melhuish.