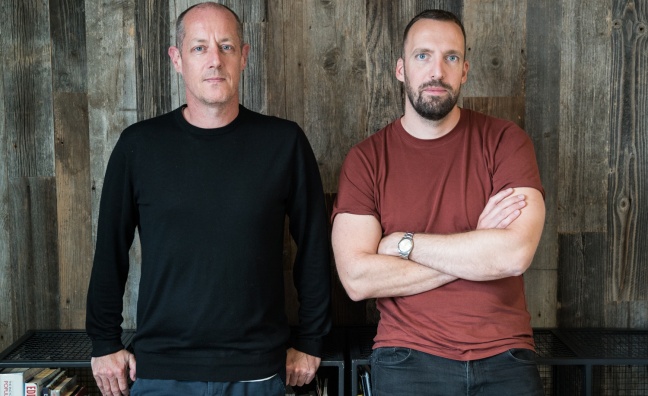 Melhuish will be responsible for all creative marketing and strategy across the Warner-owned frontline label, including both individual artist and label-specific campaigns. According to Parlophone, Melhuish will move “away from pure paid-for marketing mechanics” and put “greater emphasis on disruptive execution, content and influencer marketing, and co-operative strategies with brand and media partners”.

Melhuish and Mitchell have worked together before, at Atlantic Records, where Melhuish was digital director and marketing director before leaving in 2014. Mitchell served as Atlantic GM until being given the top job at Parlophone last year by Warner Music Group CEO, recorded music and Warner Music UK chairman/CEO, Max Lousada.

Mitchell and Melhuish worked on numerous successful campaigns at Atlantic, including Ed Sheeran, Bruno Mars, Clean Bandit and Rudimental. They’ll be hoping for some similar successes as they reboot Parlophone. The former EMI-owned label still boasts a stellar roster, including Coldplay, Gorillaz, Tinie Tempah and Lily Allen – heading for a Top 10 album this week with No Shame – but the one-time A&R hotbed has had relatively few breakthrough acts in recent years. It ended 2017 as the No.11 UK record company, with a 2.5% share of All Albums AES, down from 2.8% in 2016, according to the Official Charts Company. It was No.10 on Artist Albums AES, with 2.8%, down from 3.2%.

Last month, Mitchell filled Music Week in on his vision for the label, saying: “We want to be a label that artists want to sign to. We’re not going to sign hundreds of acts, we’re going to be quite choosy in what we sign. But we’re going to do the very best job." Mitchell has already sealed a deal with Disturbing London for a new JV label.

Melhuish most recently served as marketing director at Polydor, where he worked on the likes of The 1975, Lana Del Rey, Haim, Years & Years, Stefflon Don and Elbow. He was also the digital committee chairman for the BRIT Awards, bringing in the first YouTube livestream of the event and its first real-time Twitter vote.

“During our time together at Atlantic, we broke a number of huge UK artists, so I’m incredibly excited to be back working with Jack,” said Mitchell. “His recent work has continued that success and seen him really develop a truly progressive approach to marketing artists. He totally gets the level of disruption, speed and cross-channel engagement that’s required nowadays. I’m sure that through highly effective, holistic campaigns, he will have a significant impact on our capability for new and existing artists.”

“Parlophone is at a massively exciting stage of its life,” said Melhuish. “This is a fantastic opportunity to work with Mitch again, to be part of a talented and passionate team and to lead the label and its artists into different ways of reaching and engaging audiences. Both brands and fans want greater access to artists than ever before. Our focus will be to blend all traditional and non-traditional channels to our advantage and work creatively and flexibly with both established partners and the wealth of new and exciting avenues that are available to our acts.”