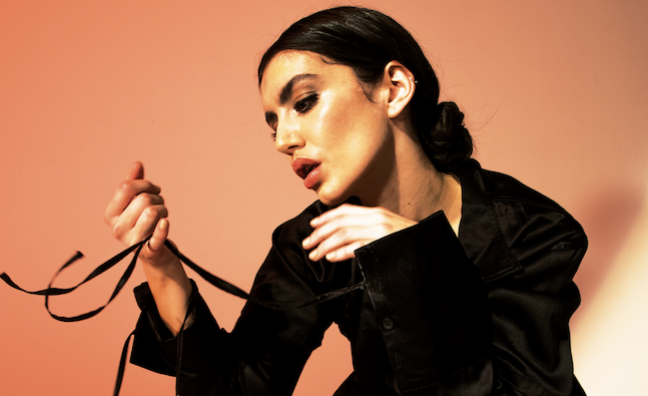 Polydor is still working hard to break artists during the Covid-19 lockdown.

Newly-promoted marketing directors Lucy Dann and Stephen Hallowes have spoken about the best approaches to emerging artists at this time.

Don’t Need Love (Polydor) by 220 Kid feat. Gracey (pictured) is pushing for the Top 30 this week. It has sales so far of 79,727, according to the Official Charts Company.

“We’ve been very encouraged to see a track from two of our emerging artists climbing the charts despite what’s going on,” said Stephen Hallowes. “This track came out late last year and showed immediate reactivity and we’ve been slowly fuelling it ever since.

“We’ve managed to keep that going via a comprehensive strategy across radio, streaming, influencer and TikTok, digital and marketing, and it’s almost a Top 40 single now and far from peaking still. If a song resonates with the public, whether it’s an emerging or established artist, it can still swim through.”

Lucy Dann added: “Alongside the growth of the feature record, we have seen simultaneous gains on the Gracey solo project campaign – it’s our miss if we don’t build two artists audiences by doing these collaborations. She has gone on to gain over 50,000 TikTok followers from one viral moment on the platform, has been BBC Introducing Track of the Week on Radio 1 and has over 1.5 million listeners on Spotify. We also just landed Lil Mosey’s first UK Top 10, which just shows there is still space for breaking acts at this time.”

Yungblud was forced to postpone a run of dates at the O2 Forum in London. He responded by launching The Yungblud Show livestream series via YouTube, the first episode of which attracted 50,000 live viewers.

“Yungblud was so quick off the mark, which resulted in widespread coverage including Channel 4 News,” said Hallowes.

BRITs Rising Star winner Celeste performed on the One World: Together At Home livestream and on video link for BBC One’s The Graham Norton Show, as well as featuring on the Live Lounge All Stars cover of Foo Fighters’ Times Like These, which aired on BBC One’s Big Night In (April 23).

“This is all brilliant artist development activity and we can see her socials and consumption continuing to grow off the back of all of this,” said Hallowes.

Dann acknowledged that the release schedule may become more challenging later this year, with many albums pushed back into autumn and winter.

“We have to find new ways and means of getting our music to the right people,” she told Music Week. “No doubt the schedule for Q3 and Q4 may end up being a rather competitive landscape, but that makes it all the more motivating for us to be the ones to aim to come out on top.”

Polydor won the Record Company Of The Year title at the Music Week Awards in 2019. It’s in the running again at this year’s ceremony on September 21.