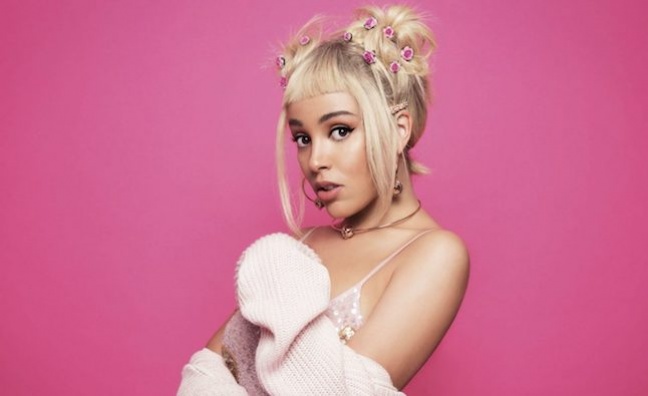 Execs behind viral TikTok songs have spoken to Music Week about the power of the platform during the Covid-19 pandemic.

In the latest issue, we look at how artists have embraced the platform as a medium to reach fans during the lockdown.

Drake previewed his single Toosie Slide on TikTok – a sign that major artists are now seeing the benefits of the global audience for the short form video app.

US rapper and singer Doja Cat has had multiple videos trending on the platform in recent weeks featuring fans dancing to her songs.

“Doja Cat is the queen of TikTok, she’s the best in class example and it’s such a natural environment for her to be in,” said Dipesh Parmar, MD of Ministry Of Sound. “The dance in the Say So video paid homage to her fans on TikTok. She also included a few of the TikTok dancers in the official video.”

Say So (Ministry Of Sound) has peaked at No.7 and has sales of 358,582, according to the Official Charts Company. Nicki Minaj has been enlisted for a new remix.

Parmar added: “We’re seeing Doja’s new single Like That also going viral due to another dance started by a fan who Doja thanked personally. It’s that relationship that marketing money can’t buy.

"It certainly fuels the songs on streaming services and across media. But it originates from Doja, who is a real artist at the heart of it all, pushing the boundaries like we haven’t seen in the music industry for some time. It also helps that her songs and creative vision are a cut above the rest.”

Mobile market insights firm Sensor Tower has reported that downloads of the TikTop app reached 14.1 million in March, up 6.8% on the previous month. TikTok has now surpassed 2 billion downloads.

“There’s a been a huge amount of activity on TikTok around the Dua campaign – some of it stimulated by us and through TikTok editorial, but a lot of it organic, as is often the way,” Christie told Music Week. “Don’t start Now had a whole second life because of TikTok, with five million videos and counting.”

He added: “The lyrics of Break My Heart, in particular, have been picked up by a lot of people on TikTok since lockdown and generated a number of videos. People are latching on to the idea that the album is soundtrack to lockdown.”

Ministry Of Sound was an early adopter of TikTok, after releasing viral hit Ride It by Regard. It’s since had success on the platform with UK chart-topper Saint Jhn’s Roses (B1/Hitco/Ministry Of Sound), which has OCC sales of 661,445.

“It was hugely important for Regard’s Ride It, as it went viral on TikTok first and then we signed it,” said Parmar. “But it can also add to a lifespan of a single and propel it. If you look at our recent hit Roses, it was No.1 in the UK and then took on a life of its own on TikTok from there. And that’s after it had become a hit around most of continental Europe, too.”

TikTok has partnered with UK artists including Ashnikko, Mabel, Jax Jones and Tinie Tempah on a Live Sessions series.

“It has been a great way of T communicating to new younger core audience,” said manager Dumi Oburota, founder and CEO of Disturbing London. “He loves it – T has always used social media to communicate to his fans.

“It has been nice for T, as it is easy for his fans to relate at this time, as everyone is in the same place. We will be using TikTok loads this campaign and in the future.”

“It's a buzzword, but authenticity is so important,” said Lewis Newson, digital marketing executive at Nesbitt’s label Cooking Vinyl. “Users will know straight away if you're not into something. Nina knows better than anyone how to communicate with her fans. Giving them a humorous glimpse into her songwriting process, or performing a track using household items, are really effective ways of using the platform in tandem with music.”