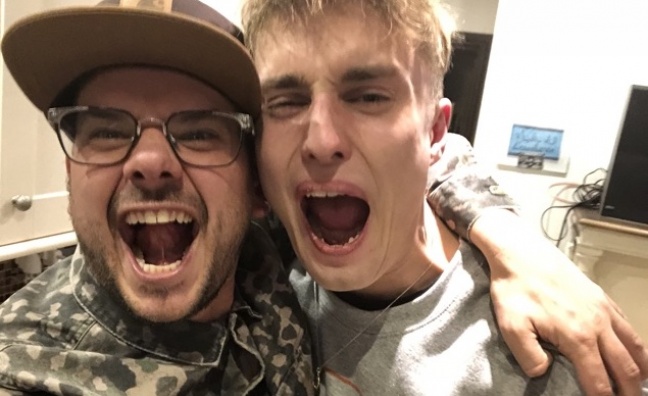 Sam Fender and his manager Owain Davies of OD Management will receive the FanFair Alliance Award for Outstanding Contribution To Live Music at the 2019 Artist & Manager Awards (A&MAs).

The pair are being honoured in recognition of their stance on secondary ticketing, having consistently taken measures to stop the "exploitative practices" of online touts and resale platforms while ensuring fans are provided with clear information about authorised sites.

FanFair Alliance campaign manager Adam Webb said: “Since the launch of the FanFair campaign there’s been a real clampdown on exploitative practices in the UK’s secondary ticketing market. The success of these measures are ultimately down to the efforts of artists and promoters, and Sam has consistently proven how some fairly simple terms and conditions and a clear communications strategy can make a major difference.

"On behalf of FanFair Alliance, I'm so pleased Sam and Owain are accepting this award and encourage others to follow their example.”

Each year, the A&MAs provide a unique opportunity to celebrate the achievements of a whole spectrum of artists and managers

MMF and FAC have also announced that Andy Varley, founder of Insanity Group, will pick up the Entrepreneur Of The Year Award, while Sandy Dworniak will be awarded 2019’s Writer/Producer Manager Of The Year.

Annabella Coldrick, CEO, MMF, said: “Each year, the A&MAs provide a unique opportunity to celebrate the achievements of a whole spectrum of artists and managers.

"Having helped establish the FanFair campaign through the MMF, I’m truly delighted that Sam Fender and Owain Davies are being acknowledged for their promotion of fair ticketing practices, and also that we can shine a light on the career successes of Sandy Dworniak and Andy Varley. Both have developed truly game changing businesses and fully deserve the recognition they'll receive on November 14.".

Previously announced, other confirmed winners at the 2019 Artist & Manager Awards, sponsored by hospitality brand Selina, include Nile Rodgers (Artists’ Artist Award, sponsored by PPL), Rebecca Boulton and Andy Robinson (Managers’ Manager Award) and Neneh Cherry (Pioneer Award). A full list of winners and nominees will be revealed before the end of the month.