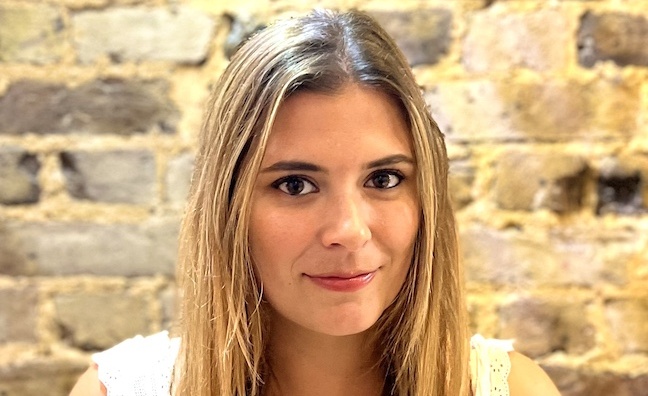 YMU has appointed Sophia Margerison to the position of global business development director.

Based between London and Los Angeles, Margerison will report to Matt Colon, global president of YMU Music.

Prior to joining the global artist management company, Margerison was head of live music partnerships at Pollen, where she curated and oversaw major events including a four-day rock weekend with Bring Me the Horizon in Malta.

Margerison has previously held senior roles at Virgin EMI Records, where in her position as senior A&R executive she signed artists including Kawala, Ebenezer, Maximillian, and Bryn. She also worked closely with other artists on the label, such as Duke Dumont, and was involved in bringing international repertoire to the label.

Prior to her label role, Margerison spent eight years as an agent at United Talent Agency in Los Angeles, representing a roster of artists including Kelis, Estelle, Manic Street Preachers, Flo Rida, Alec Benjamin, Benga, Lawrence and JP Cooper, amongst others.

In her new role, Margerison will have a remit to recruit new artist managers, broaden and diversify the company’s roster, and help oversee the global representation of YMU’s clients.

Sophia Margerison said: “I’m really excited to be joining the very talented and dynamic team at YMU. Working in this global role will allow me to work across the whole business to help create new opportunities and expand the amazing roster of artists the company represents.”

Matt Colon, global president of YMU Music, said: “I’ve known Sophia for the better part of the last decade and have watched as she’s successfully transitioned her career in the music industry from booker to buyer, to A&R. Her extensive and nuanced understanding of both music executives and the artists that drive the music business are an invaluable asset that will help YMU continue to grow both domestically and abroad.”