2020 6 Music Festival to be staged in Camden 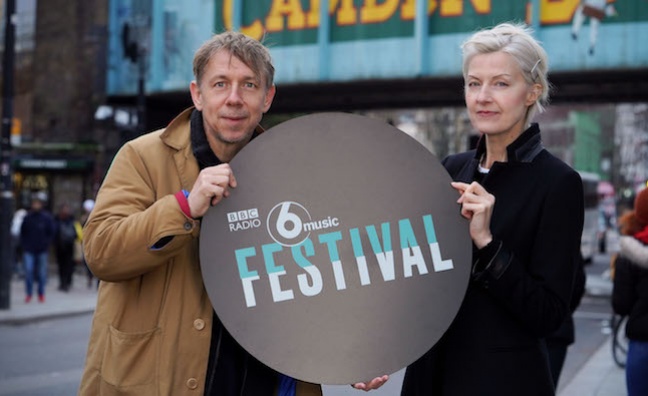 The 6 Music Festival is to return in March 2020. The digital music station’s live music event will take place in London’s Camden on the weekend of March 6-8.

BBC Radio 6 Music’s presenters will be broadcasting their shows live from Camden, as the station takes over some of the area’s most iconic venues for the weekend. Highlights will also be shown on BBC Four and BBC iPlayer.

There will also be day-time events at the 2020 edition. The festival includes a series of live performances, spoken word, poetry, Q&A sessions and DJ sets.

Paul Rodgers, head of 6 Music, said: “I’m delighted that 6 Music is coming to Camden in March next year – it’s an area with so many musical stories to tell.  I hope you’ll join us there for our annual celebration of the best alternative music – or tune in to the live broadcasts across BBC 6 Music, BBC Sounds, BBC Four and BBC iPlayer.”

The full line-up and venue details will be announced in Lauren Laverne’s show on January 21. Tickets will be on sale from 10am on January 24.

Since it began in 2014, the 6 Music Festival has taken place all over the UK, including in Manchester, Tyneside, Bristol, Glasgow and Liverpool. It has seen performances from artists such as Anna Calvi, Depeche Mode, Goldfrapp, Hot Chip, Kate Tempest, Little Simz, Primal Scream and Slowthai.

According to the most recent RAJAR figures, 6 Music has a reach of 2.41m listeners.