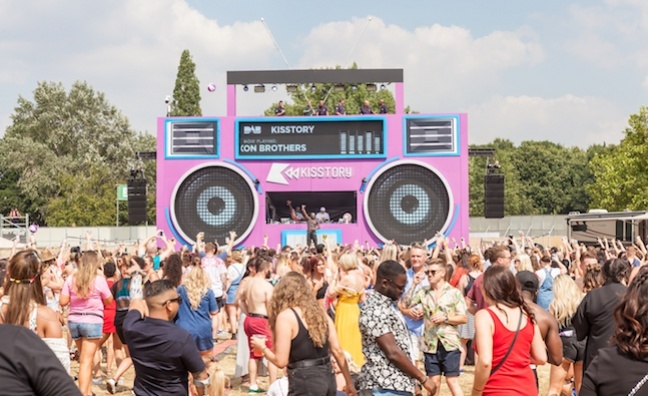 The Q3 RAJAR results for the period ending September 15 have been issued today (October 24). Read on for our round-up of the latest figures…

Digital dues
BBC 6 Music's BBC trend-bucking growth was not enough to restore it to the status of the country's biggest digital station as Bauer's Kisstory grew yet again too. The station went up by 9.9% in Q3 and now has a weekly reach of 2.55m, to pip 6 for a second-quarter running. With digital listening now accounting of 56.8% of all radio listening (up from 52.4% in Q3 2018, equating to 65% of the population listening to digital radio every week) expect the growth – and the rivalry – to continue.

Commercial success
Kisstory's continued growth matches a raft of good news for the UK commercial stations. All commercial listening dipped by just 0.6% across the quarter, leaving it up 0.3% year-on-year with a weekly reach of 35,930,000, which at 48.1% is its biggest market share in more than 20 years.

“With radio continuing to hold the nation’s attention against increasing competition in the news and entertainment sectors, it’s great that commercial radio continues to grow audience," suggested Radiocentre chief executive Siobhan Kenny. "This is down to the variety of stations and programming on offer, as well as investment in listening in the digital era. It’s a good time for listeners – and a good time for advertisers to look at what radio can do for their brands.”

“Record reach this quarter has been led by stand out performances from Absolute Radio, Magic and the Hits Network," said Bauer Media's group managing director Radio Dee Ford. "Fantastic results from Kisstory and original digital pioneer Absolute 80s, prove yet again that distinctive strong stations really resonate with listeners and customers alike. We are thrilled to see our long-held strategy of investing in exciting and engaging digital products continuing with purpose: 72% of Bauer’s listening is now delivered via a digital device versus the industry average of 57%.”

Global's X marks the spot
There was a bit of give-and-take for Global across Q3, and while Capital dropped 1.6% (weekly reach 8.1m) Radio X will be celebrating its newly weekly reach of 1.7m following growth of 7.2% in Q3. Heart too is up, growing by 1% (9.8m) over the last three months, while Smooth posted a modest rise of 0.1% (5.7m). The result though leaves the group though with 24% of the UK commercial market, a market-leading position.

“Today’s RAJAR numbers are a magnificent testament to every Globaller that’s worked so hard to bring about a huge amount of change during this period," said founder & executive president of Global Ashley Tabor-King. "We launched 2 new national breakfast shows, creating the 2 largest commercial radio breakfast shows. The All New Heart Breakfast with Jamie Theakston & Amanda Holden opens with 4.6million weekly listeners making it the biggest commercial radio and breakfast show in the UK, and Capital Breakfast with Roman Kemp opens with 3.7m weekly listeners in its first full card.”

Who won breakfast?
It's been an obsession of RAJAR watchers in 2019 since the merry-go-round of breakfast show presenters spun at the start of the year, and the winner is... no one yet. Radio 2's Zoe Ball-fronted show dropped its weekly reach from 8.2m to 7.9m in Q3 and Greg James on Radio 1 is at 5.04m (adding 180,000 new listeners this quarter).

Sounds thinking
Despite the publicity around its launch, and its continued media presence both being plugged on air (and  grumbles about the iPlayer being switched off) BBC Sounds is yet to make its impact felt on those who claim to listen to radio via a phone or tablet, according to the latest RAJAR figures. Q3 digital listening for all adults has dropped by 0.1% year-on-year, as adults listening via device has doggedly hung around 27% (27.3% this quarter, down from 27.4% in Q3 2018) for the last three years. With the number of 15-24 year-olds hearing radio on a tablet or phone has dropped from 36% in 2018 to 32.9% this year BBC Sounds' mission to engage younger listeners is clearly a priority.

“Young people’s audio habits have already been transformed with music streaming and the boom in podcasting. These are now spreading wider, with the overall podcast audience growing by 40% during the past year alone and online listening is increasing too," suggested director of BBC radio and education James Purnell. “Our goal is to keep live listening as strong as possible. We also want to grow BBC Sounds which allows our audiences to discover new podcasts and music mixes, expertly curated by our teams, as well as listen to all our stations and catch up on their favourite shows conveniently. BBC Sounds now has more than two and a half million weekly users, up around 50% since July.”

Speakers corner
Finally, though the RAJAR figures revealing that 28% of adults now claim to own a voice-activated smart it seems they are a neglected piece of equipment as only 18% of owners say they use one every day. Alexa, what is loneliness?