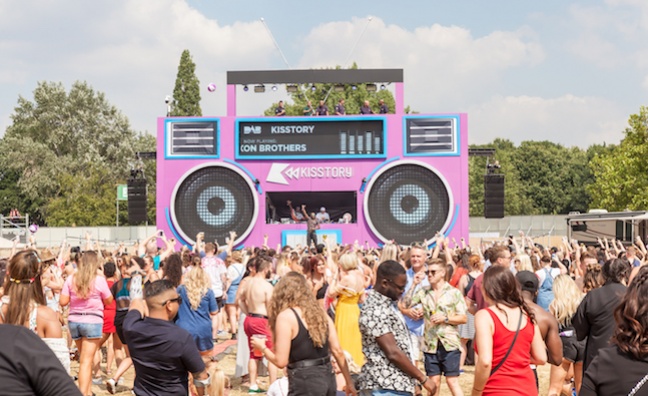 The Q2 RAJAR results for the period ending June 23 have been issued today (July 31) – and it’s a big one as the dreaded churn takes effect amid changing schedules. Read on for key insights into the latest figures…

Is there a clear winner at breakfast? It’s still all to play for based on the latest RAJAR results, though some shows took a significant hit. After a promising first quarter on Radio 2, Zoe Ball lost 781,000 listeners in three months. But she’s still comfortably the biggest at breakfast on 8.266m. And don’t assume all those listeners went to ex-Radio 2 presenter Chris Evans. In fact, his weekly reach went up by 63,000 (still an impressive 1.111m for the new Virgin). Overall, Virgin was up 18.8% year-on-year to 1.545m.

Wireless CEO Scott Taunton said: “I’m delighted with these RAJAR figures, which mark a second quarter of record reach and listening hours for both the Breakfast Show and the station, which shows reach up 266% year-on-year. Chris and the team - including our partners at Sky - are continuing to set the pace in the breakfast slot.”

We’ll need to wait until Q3 to see the effect of the new national Heart Breakfast Show.

With a show that delivers on media-friendly viral content, Greg James had his best result so far at breakfast, up from 5.044m in the prior quarter to 5.187m. A year ago, Nick Grimshaw had 5.291m, though James only presents Monday to Thursday. Both the weekend breakfast show with Matt Edmondson and Mollie King and 1Xtra’s Dotty (509,000) had record figures.

In a difficult quarter for some of its stations, the BBC’s share of listening dipped below the 50% threshold (49.3%).

BBC Radio 2’s reach slipped below 15m as its RAJAR came in at 14.596, down 2.3% on last year and down 5% on three months ago. The UK’s most popular station has also lost a whole percentage point of listening share in three months (still a substantial 16.4%).

Lewis Carnie, head of Radio 2, said: “We're immensely proud that over 14.5m people tune in to our programming, presented by some of the UK's best loved entertainers, each week."

Ken Bruce said: “After 34 years as a part of the BBC Radio 2 family, I’m astounded that the allure of my daily grumpy musings, coupled with PopMaster, continue to entertain. Many thanks to the long-suffering listeners.”

BBC Radio 6 Music appears to still be adjusting to its new schedule after a torrid quarter. At 2.285m, it was down 9.1% on the quarter and off 6.5% year-on-year. Crucially, it is no longer the biggest digital-only station – that honour goes to Kisstory (see below).

Ben Cooper, controller BBC Radio 1, 1Xtra & Asian Network, said: "Record figures for Greg James' Breakfast Show and fantastic results for Radio 1, as we continue to build our reach across all platforms and bring in new, younger audiences to the BBC."

There are always going to be nerves about a first set of RAJARs. Here’s how it played out for the Q2 debutants.

It was a big win for Capital’s Breakfast presenter Roman Kemp, who opened his nationwide show's RAJAR account with 3.796m listeners. The show is No.1 in London and went nationwide in April.

The big focus though was on Bauer Media, who debuted two digital stations in this period. Classical station Scala launched with 258,000 weekly listeners, while Country Hits pulled in 208,000.

Dee Ford, group MD Radio, Bauer Media, said, “Our growth in digital listening has been fuelled by the launches of two brilliant new radio stations which perfectly reflect the fastest growing music genres in the UK. Scala Radio and Country Hits Radio are truly groundbreaking and thoroughly engaging. It’s also fantastic that our much loved Kisstory has become the No.1 digital radio station. Investment in the Hits Radio Brand has been stepped up with the newly launched breakfast show on Hits Radio hosted by Fleur East, Greg and James – we’ll see its first figures next quarter”.

It was actually the first full quarter for Kisstory after it moved to the D1 national DAB multiplex, which helped its RAJAR cause. After its Kisstory On The Common festival at the weekend, the party will no doubt get going again this weekend after the station’s huge result. At 2.323m, it was up 14.8% year-on-year and 25.9% on the quarter.

But it was a bad quarter for Absolute, down 15.4% year-on-year at 2.151m. At least there was growth at its brand extensions.

Global reported its highest ever weekly reach at 25.6m listeners. It has the biggest commercial radio brand with Heart, and the network has 8.536m listeners. Digital-only brand extension Heart 80s now has 1.495m listeners, up 27.7% year-on-year.

Ashley Tabor, founder & executive president of Global, said: “This is our strongest set of RAJAR results ever for Global, our biggest ever in terms of reach, hours and share. It is a true testament to the hard work of every Globaler. To now reach over 25.6m weekly listeners and for Heart, Capital, Smooth and Classic FM to be the top four commercial radio brands in the UK again is very special indeed. It goes without saying that I’m immensely proud of the Global team – their drive, focus, dedication and sheer hard work has truly reaped dividends.”

Commercial radio reached a record audience, according to the Q2 RAJARs. The commercial sector hit a weekly audience of 36,147,000 in Q2. Commercial radio’s share of hours was up 2.3 percentage points on the previous year (from 45.7% to 48%), while its average weekly hours are now at 13.5, up from 13.1 on the previous.

Commercial is benefiting from new technology. The share of all radio listening listening including BBC via connected devices (online and via apps) was up from 9.3% to 12.5% year-on-year.

Siobhan Kenny, Radiocentre chief executive, said: “It’s turning out to be a yet another good year for commercial radio, with consistently strong audience numbers. Nine out of 10 people in the UK are tuning into radio every week, a remarkably strong performance over the last 20 years. The wide variety of stations the sector offers are resonating with more and more people. Of course, this is also good news for advertisers, who will see the growth in online and in-app listening as opportunities to reach their audiences in newer, often more tailored ways.”

Just over a year after the share of listening via digital passed 50%, the migration to DAB and online continues apace. And now smart speakers are part of the mix too. According to RAJAR, 26% of adults own a smart speaker, and 94% of them listen to live radio.

Listening via digital accelerated to 56% of the total in Q2 (50.2% a year ago). Commercial is ahead of the BBC when that figure is broken down - 58.5% of listening on commercial is digital, compared to 53.6% on the BBC. Does it mean FM switch-off is back on the agenda?

It’s good news for digital-only stations such as BBC Radio 6 Music and Virgin, with DAB taking a 69% share of digital listening hours (online is on 22% and digital TV 9%).

In Q2, 27.5% of all adults listened to live radio via smartphone or tablet (up from 25.9% a year earlier). While the 25-plus age group is driving that growth, the proportion of 15-24s listening via smartphone or tablet has plummeted from 39% in 2016 to 31.5% in the latest quarter. Perhaps the attention economy and the rise of music streaming is to blame – or maybe young listeners have embraced Radio 1’s visual strategy.

Ford Ennals, CEO of Digital Radio UK, said:  “This is a significant moment for digital radio with a 34% surge in online radio listening hours prompted by the growth of smart speakers. These speakers are now in over 26% of all homes and are good news for the radio sector with most people using them to listen to live radio. Smart speakers also make it easy for people to listen to the increasing range of digital stations and have helped propel the growth of new innovative digital stations such as the new number one digital-only station, Kisstory.”