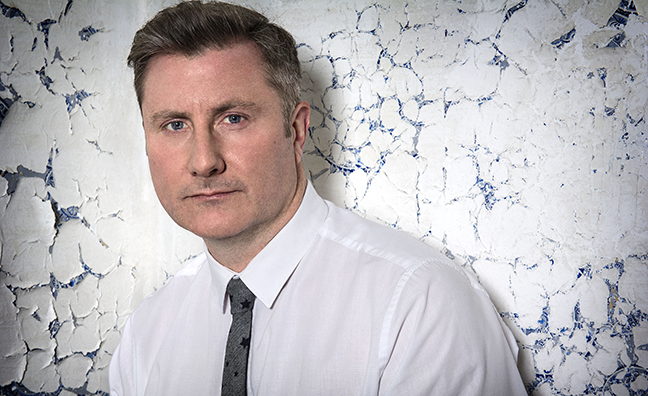 BBC Radio 1 controller Ben Cooper has told Music Week the network is setting the global agenda for the future of radio.

Earlier this month, Music Week revealed how the station now has more viewers than listeners. Radio 1’s weekly audience for visual content via YouTube has passed 14 million – well ahead of the current RAJAR result of 9.3m. The visual audience surpassed radio listeners earlier this year.

“I hope what we can do is use the licence fee as almost seed capital for the industry,” said Cooper. “We can take risks, we can experiment. All those years ago, with the listen, watch, share strategy, we went out there, we decided to make some visual content that enhanced our radio station and some social content and now the world is doing exactly the same as we were doing back then.”

Radio 1 recently won the Music Week Award for radio station of the year in recognition of its innovative strategy.

“We’ve talked at conferences around the world in Europe and North America and Australia,” said Cooper. “We’ve been invited to talk and tell our story all around the world. It’s fantastic that we’ve been able to give that to the radio station - we are still kicking and screaming and innovating. Everyone keeps [talking] about the death of the radio industry. Well, actually, we are here, more loud and important than ever before.”

The Music Week Tech Summit last autumn was a key industry event for the network to share its vision. Joe Harland gave a memorable opening keynote for the inaugural edition (tickets are now on sale for this year’s Tech Summit, which takes place on October 8). Harland even recalled the mocking reference to his job title in the Evening Standard, which suggested it amounted to being “head of stairs in a bungalow”.

Nevertheless, it’s a strategy that’s spreading globally, according to Cooper.

“You look at any radio station now, whether that be in Australia or America or Canada or Europe, you can see that pretty much everyone has got a listen, watch, share strategy,” he told Music Week. “We’ll move where the audience goes. We’ve done Twitter and Facebook, we’ve gone to Instagram and now we’re looking at TikTok.”

The radio station itself has overhauled its schedule, including the move to breakfast by Greg James last summer.

“We did all of our changes last year,” said Cooper. “We’ve got a brand new schedule with new programmes, new people in new places and that is working and it’s cutting through.”

To read the full interviews with Cooper and Harland, subscribers can click here.