PopMaster: Who is the BBC's new pop controller Lorna Clarke? 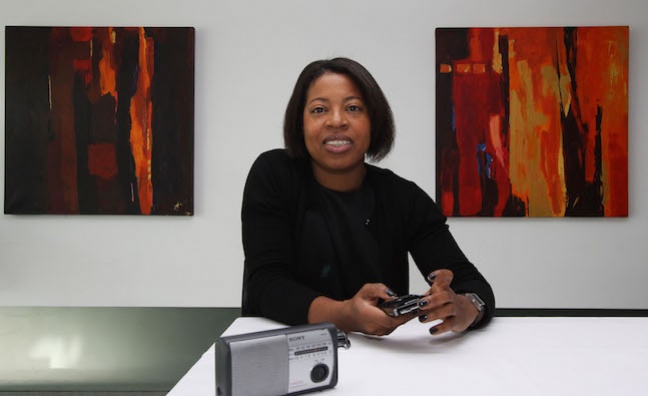 Both the music and media industry were caught out by the appointment of Lorna Clarke as the first ever BBC controller of pop music.

More familiar names, such as Radio 1/1Xtra/Asian Network controller Ben Cooper, were in the frame. But since Clarke’s appointment was confirmed, there has been a positive response from colleagues in radio and the music business.

Former Spotify exec Austin Daboh took to Twitter to describe Clarke as the “right choice” and an “amazing role model”, while BBC Music and BBC Introducing head James Stirling predicted she would be an “outstanding inaugural BBC pop controller”.

“Even though Lorna has only been on our board for the past year, I'm a longstanding fan,” outgoing PRS Foundation CEO Vanessa Reed told Music Week. “One of things I will miss when I move to New York is the opportunity to tap into her wisdom, energy and clarity of thought.

“Lorna has a deep understanding of contemporary music, working with talent and connecting content with audiences. Most importantly, she's 100% authentic and builds relationships with integrity and care. Based on the praise I hear constantly from anyone who's worked for her, she also has to be one of the most popular BBC employees I've ever met. This is an inspired BBC appointment.”

“It was incredible news seeing Lorna Clarke get the role of pop controller this week for the BBC,” added Lyndsey Boggis, Great Escape festival GM and Live Nation exec. “Lorna is a strong leader within the BBC, a music lover and excellent strategist.

“On a bigger level, the impact of Lorna’s appointment has been welcome news for many of us who have left the BBC and for women in the industry. For too long, it has been felt that women have been overlooked in those bigger controller roles – it’s why many good people have left the BBC, because it never felt like you would have that opportunity or a voice. Lorna is someone you would want to work for and an inspirational leader, who could change the BBC at a time when it needs it more than ever.”

Lorna has a deep understanding of contemporary music, working with talent and connecting content with audiences

Clarke has spent the last 20 years at the BBC, most recently as head of production for Radio 6 Music and Radio 2. The move to pop controller is quite a leap – she now has responsibility for Radio 1, 1Xtra, Radio 2, 6 Music, Asian Network, as well as BBC Music and Music TV commissioning.

Nevertheless, Clarke has a strong track record in the BBC, where she has worked at Radio 1 as head of mainstream programmes (1997-2003), BBC Television on new talent campaigns and the multi-platform Electric Proms, which was focused on the Roundhouse and ran from 2006 to 2010. The Radio 2 concert series also featured on other stations and BBC One and BBC Two, which would have been valuable experience when it came to the interview for pop controller.

The Electric Proms, which featured artists including Elton John, Robbie Williams, Dizzee Rascal, Oasis and Paul McCartney, involved just the sort of internal politics and external artist relations that will be crucial in her new role.

The role of TV in supporting pop music will also be on her agenda. Clarke will have to take a look at Sounds Like Friday Night, which has not aired for over a year after unspectacular ratings. It seems unlikely to return, though the BBC has shown a greater hunger for music on television in the last few years, including TV specials with Ariana Grande and Sam Smith.

Clarke has already pledged to work with the music industry to “continue delivering amazing music for our audiences”. National Album Day will be one of the first big industry initiatives in which she’s likely to get involved.

Prior to the Electric Proms, she was head of programmes at BBC Radio 1Xtra until 2009. She helped the digital network hit a then record audience of 600,000 – it’s currently just over a million – and was described by controller Andy Parfitt as a “surefooted leader”.

Like many BBC execs who have moved up the ranks, she also has commercial radio experience, with a spell at Kiss for seven years up to 2003.

"Lorna has become a world-class radio executive. She had all the potential when I first knew her at Kiss,” radio content consultant Paul Chantler told Music Week. “The one thing about Lorna and the way she's developed her skills in radio over the years is that she's always been so incredibly passionate about the music - which is why this new BBC role is so perfect for her.”

Clarke worked at the BBC prior to Kiss; her connection to the corporation goes back to the mid-‘80s at BBC Radio London and GLR.

On a Radio Today podcast last year, she spoke about diversity in the radio industry and her experiences as a black woman in the BBC.

“They had never seen anyone like me before,” she said of her mid-‘80s spell in the newsroom at BBC Cornwall.

In an account of a placement around that time in a regional BBC newsroom, Clarke recalled how she was informed by her new colleagues that they had arranged accommodation for her while she was on secondment outside London. However, when she arrived at the address it turned out to be a brothel – a prank that surely wouldn’t have been tolerated at the BBC in the last few decades.

Lots of dodgy things happened, but I’m just thick-skinned and it bounced off

“When you get to my age with my many decades in the radio biz, you will have seen a lot of change,” she told Radio Today.

During her time in charge of Electric Proms, she recalled attending a crunch meeting involving an artist’s management and BBC network representatives. However, some of her fellow execs assumed she was there to serve tea.

“I remember lots of dodgy conversations, lots of dodgy things that happened, but I’m just thick-skinned and it bounced off,” she said.

Clarke, who has also been a Sony radio awards judge, arrived at 6 Music and Radio 2 as network manager in 2010, later adding Asian Network to her job title.

Since early 2017, she’s been head of production at 6 Music and Radio 2, reporting to Bob Shennan. While that’s not one of the more high-profile roles in BBC Radio – Clarke oversees programme making rather than hiring and managing talent – she has been at the heart of some big changes, including the new Zoe Ball breakfast show on Radio 2.

Speaking to the BBC, Clarke said the short-lived pairing of Simon Mayo and Jo Whiley on Radio 2’s drivetime show had been “very difficult”.

But she defended the broadcasters and highlighted the change at the station, which has finally put female broadcasters in the big shows at breakfast (Zoe Ball) and drivetime (Whiley, Sara Cox). As well as calling out “lazy” journalists who unfairly criticise female talent on air, she also commented on the efforts of the man at the top of the organisation to tackle gender balance.

“The director-general, Tony Hall is determined to shift this in a real way – whether he’s moving quickly enough for the really vocal voices, we’ll see,” she told the BBC. “But it’s totally made a difference, the fact that there are experienced female broadcasters, and now there is no question that they will be paid the right market value.”

While Clarke may have been a surprise appointment, she sounds ready to take on her big new role in a couple of months’ time.