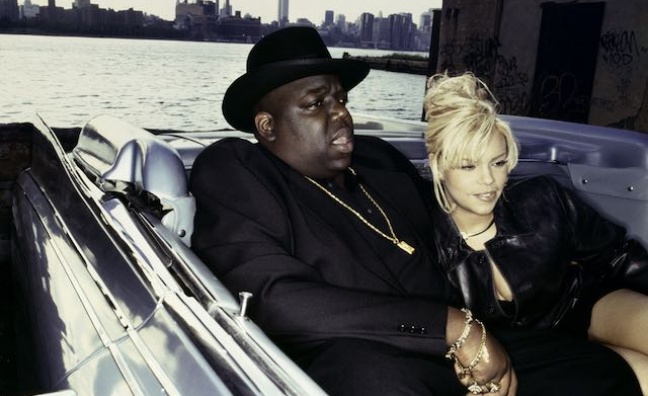 Abbey Road Studios has confirmed that US photographer Eric Johnson is the recipient of the 'Icon' Award at the studios' inaugural Music Photography Awards 2022, in association with Hennessy.

Staged as part of the Studios' 90th anniversary celebrations, the event is the first to celebrate the art of music photography and will take place on May 14 at Abbey Road.

Johnson said: “It’s super surreal being the first recipient of the Abbey Road Studios Music Photography Icon Award. I’m super low-key by nature and through all of these years it never dawned on me that after taking all of these pics that ultimately it would all come back to me. That people would be curious about me. I kinda knew that my photos would stand the test of time but being considered an Icon wasn’t anything I really thought about. Wow! I’m into it.

"Having such a diverse group of talented artists recognise my work is really what it’s all about. This is a curious industry we’re in. It’s been like a rollercoaster ride and this acknowledgement is such a high. It makes me feel like ‘Wow, I’ve really been right and onto something from the beginning and people are really recognising this. It’s awesome and inspires me to keep pushing even more. I wanna keep creating imagery that the culture really feels.

"I hope this all inspires emerging talents to try and stay as true to yourself as possible. There’s potentially something great just around the corner. Don’t sweat the industry like that. Keep working on your craft.”

Eric Johnson was raised in Newark, New Jersey, who is now based in New York City. His archive goes back more than 30 years, and he has had work published in the likes of Vogue, Dazed & Confused, The Face, W, Rolling Stone, The New York Times, Interview Magazine and 032c.

He is best-known for his work documenting the US music culture of the late ‘90s and early 2000s, including photos of Biggie Smalls (pictured), Nas, Missy Elliott, Lauryn Hill and the late Aaliyah. More recently, he has worked with the likes of Doja Cat and MPAs judge Shygirl.

Abbey Road’s managing director Isabel Garvey said: “The judging panel wanted the recipient of our first MPAs 'Icon' Award to be a photographer whose impact and contribution to the art of music photography has been pronounced and unparalleled and we have no doubt that Eric meets these criteria.

"We’re delighted that Eric has accepted the award as his work throughout his career to date has been some of the most vital and memorable in music photography.”

The MPAs honour the images that capture live music, the creative process, and the music scenes and movements taking place across the world. They recognise photographers at all levels via open-entry categories, as well as categories chosen by an esteemed judging panel made up of artists, photographers and influential names across the global music and photography industries.

Alongside the open categories (Studio, Live, Championing Scenes, and Undiscovered Photographer of the Year) for which entries are now closed, there are four invited category awards, with the nominees and winners chosen by the official judging panel. The invited categories are titled Icon, Portrait, Editorial, and Artist at Work.