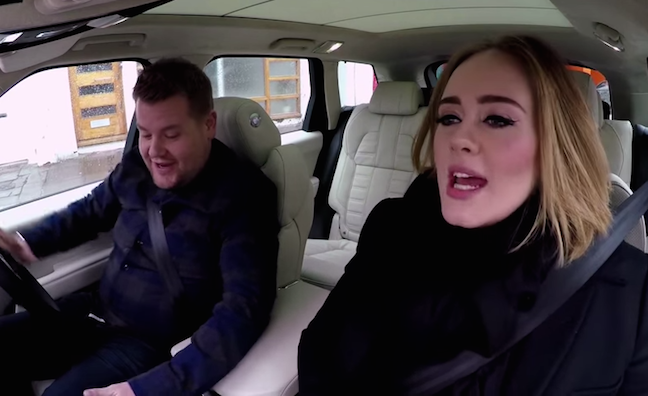 Apple Music has bought the rights to a Carpool Karaoke spinoff show, in what could prove to be a significant move in its bid to eat into Spotify’s market share.

The CBS show will be hosted exclusively by Apple Music and lists Carpool Karaoke host James Corden as an executive producer, although a start date and host for the spinoff have yet to be confirmed.

And while the purchase will no doubt upset Carpool Karaoke’s YouTube audience – collective views on the service have now surpassed 830 million – it could be cause for greater concern for streaming rival Spotify.

With 30 million paying users around the world, Spotify is very much the market-leader in the streaming sector – boasting around twice as many subscribers as Apple Music’s user base of 15 million. The latter has, however, been keen to play down this disparity in numbers, claiming ownership of the fastest growing streaming audience in the world after just one year in business.

It has also gone to great lengths to bolster is offering and gain ground on Spotify by way of several high profile artist exclusives from the likes of Drake, Britney Spears and Katy Perry.

What’s more, the company recently unveiled a redesign and update of its app that will come with a slick new look and a music discovery feature not too dissimilar from its rival’s Discover Weekly feature.

Now, just two months after Spotify announced that it would be expanding its video offering with 12 new programmes, Apple Music has bought the rights to the Carpool Karaoke spinoff.

Eddy Cue, Apple’s senior vice president of Internet Software and Services, described the purchase as “a perfect fit for Apple Music — bringing subscribers exclusive access to their favorite artists and celebrities who come along for the ride.”

On its own, the new show is unlikely to result in significant gains for Apple Music. Much of its success will depend on the new host and the calibre of its guests - Corden has proved to be a huge hit with viewers, while his guests have included some of music’s biggest names, including Justin Bieber, Chris Martin, Mariah Carey and Adele.

But combined with the upcoming redesign and the likelihood of more eye-catching exclusives on the way, it will certainly be enough to keep Spotify on its toes.