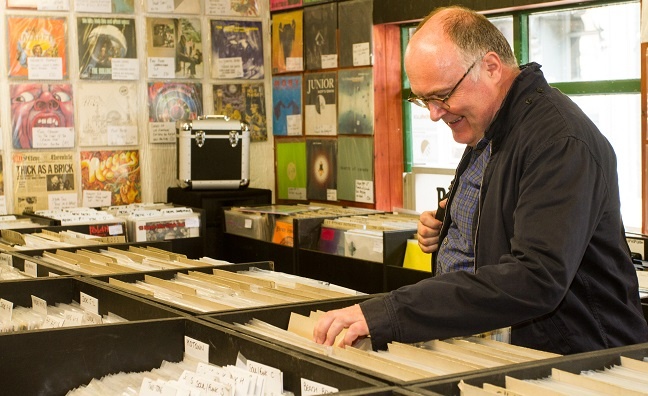 In the latest issue of Music Week, BBC Radio 3 controller Alan Davey discusses how his station is open to new music from across the biz – and why they are launching a new programme with more airtime for releases.

Get the magazine – or read it digitally – for more, but here is a Q&A with the radio boss on the evolution he has led at the network which recently yielded Radio 3 some of its best RAJARs in years.

How have you been changing the perception of BBC Radio 3?
“I’ve been here five years, developing the schedule and also explaining to people what we’re about. Yes we do classic music, but we do world, jazz and just kind of weird music that is beyond classification too. I think people are finding us. We’re reflecting that curiosity that audiences have, how they like to mix different genres of music and discover new things. We’re about discovery. What I really love about Radio 3 is the breadth of what we do, the fact we’re always supporting new talent and finding new things, it feels really cheery.”

Is there room for new music on your network alongside all the composers?
“We’re big supporters of new talent, you can get your first play whether it’s in the ambient classical field or just the things that defy boundaries that might feature on Night Tracks, Late Junction or our world music show. It’s getting the message out and getting people to talk about us.”

How is that reflected on air?
“We’re trying to broaden out the music we’re playing, even in classical. A few years ago you might have thought about just a few composers who were mainly men, but what we’ve been doing is trying to find female composers from the past and encourage ones for now. Five years ago for International Women’s Day we played only female classical composers and people said, ‘You can’t do that, there’s not enough!’ We proved them wrong then and we’ve proved them wrong every year since. More importantly, the stuff we started playing five years ago for International Women’s Day, we play on breakfast all the time. With BAME composers, we’re doing a lot to encourage new composers with practical sessions and seminars about how they get their stuff commissioned, then supporting them on air, while with the Arts and Humanities Research Council we’re about to announce something where we look back into history to find composers who can serve as a role model for now. Recently on Composer Of The Week we did Florence Price who was an African American composer of the 1930s who slightly disappeared from view and we’ve part of the movement rediscovering her. She wrote a lot of great music, a lot hasn’t been performed before.”

There was some controversy when you rejigged Late Junction in 2018, what has the audience reaction been since?
“So far, with the changes we’ve made, it's been really, really positive. We’ve had really positive engagement from from audiences. And it’s happened quite fast as well, which has been really gratifying. The industry are seeing the possibilities there too. It’s been good, better than I expected. That’s been reflected in the RAJARs.”

Does Radio 3 have a place on BBC Sounds or is that more for the pop stations?
“Sounds is a big opportunity. It’s a really good place to discover new and specialist music. A couple of our music mixes, The Mindful Mix and Classical Focus, are consistently in the top five as people download our stuff. BBC Sounds sees that there is potential there for building audiences of all ages. The great thing at Radio 3 is we’ve had a big improvement on younger audiences, but we do cover all ages. The Sounds teams are now looking at the Radio 3 world and how they can make more of it.”