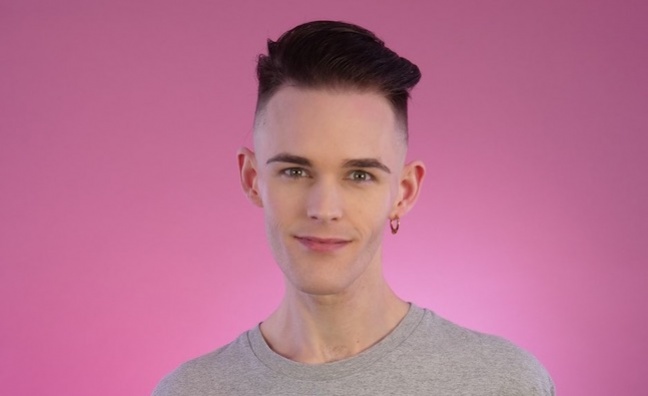 The Official Charts Company has announced the appointment of Carl Smith as editor of OfficialCharts.com.

Smith joins from Bauer Media where he has previously served as digital lead at Heat for the past five years, and the Hearst brand Sugarscape prior to that.

He replaces long-standing editor Rob Copsey, who departed the business at the end of 2021.

An official press release states that Smith will “take the reins on digital content plans and delivery, assuming responsibility for the continued expansion of the Official Charts digital audience, maximising 70 Years of the Official Singles Chart while evolving content and social media strategy to reach a new generation of chart followers.”

He will report into head of brand & digital, Lauren Kreisler.

Speaking about the appointment, Kreisler, said: “I’m delighted to welcome Carl to the Official Charts brand team - and what an amazing time to be joining the fold it is! With the opportunity to reflect on 70 years of the institution that is the Official Singles Chart, through to the relaunch of our digital platform, 2022 promises to be a massive year for the brand. We look forward to celebrating with a forthcoming fresh new look, new expanded team and a tonne of ideas to deliver. Bring it on!”

Smith added: “It’s an honour to join the Official Charts team at such an exciting time for the brand. We have some huge plans to celebrate 70 years of the iconic Official Singles Chart, while looking to the future and recruiting a whole new generation of Official Charts followers. I look forward to catching up with friends across the industry to chat through ideas and opportunities for your acts, come say hello!”

With the opportunity to reflect on 70 years of the institution that is the Official Singles Chart, through to the relaunch of our digital platform, 2022 promises to be a massive year for the brand

Smith’s appointment comes at an important milestone in Official Charts’ brand development journey – it is now 10 years since the company underwent a major rebrand and pivot in their communications strategy. The OCC said his arrival kickstarts its “further brand revamp plans ahead of the 70th anniversary of the Official Singles Chart, coming in November 2022 - among many other exciting developments.”

In tandem, Helen Ainsley has been promoted to marketing and communications coordinator, while recruitment for a social media producer is also underway to complete the team that will deliver what is set to be a huge year for the Official Charts brand.

Last year, the Official Charts Company unveiled a new addition to its No.1 Award family to mark the 10th anniversary of The UK Official Chart’s coveted No.1 Award trophy. The all-new Specialist No.1 Award was designed to spotlight the diverse range of music talent, and the breadth of records finding success on the UK’s Official Specialist Charts. Liam Gallagher, classical cellist Sheku Kanneh-Mason, Bristol band Idles, and rising stars of UK afrobeats Darkoo & One Acen were the founding recipients of the new award, recognising standout achievements in their respective fields in 2020.

They also launched a new special edition award which provides fans with exclusive replicas of the Official Number 1 award. Up until now, this has only been available to artists and their teams who have achieved an official No.1 single or album.

You can revisit our in-depth profile on the Official Charts Company in full here.