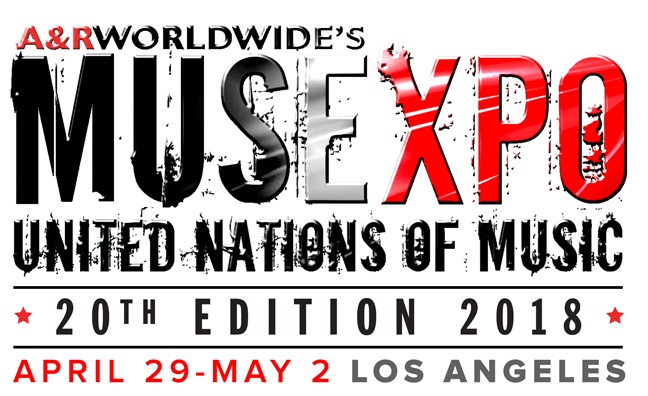 The MUSEXPO conference in Los Angeles got off to a flying start on Sunday (April 29), with talk of hitmaking and artist development dominating the panels.

The day kicked off with a keynote from legendary songwriter Diane Warren, responsible for hits as varied as Aerosmith’s I Don’t Want To Miss A Thing, LeAnn Rimes’ How Do I Live and Andra Day and Common’s Stand Up For Something.

Warren gave an insight into her songwriting career, which she pursued despite doubts from some.

“You’ve always got to prove the realists wrong,” she said. “I never had any self-doubt and there was no plan B. It was this or become a bag lady.”

That confidence extends to today, with Warren declining to join the co-writing revolution, which has seen most modern hits written by multiple writers.

And, despite the changing nature of the biz in the streaming age, Warren insisted her craft remained unaffected.

“What I do hasn’t changed,” she said. “It’s all about the song, whether you stream it or buy it. It’s just a singes business again, like in the ‘60s.”

However, the A&R panel that followed, hosted by Music Week editor Mark Sutherland, said that the impact of streaming – and the data that comes with it – on artist development was undeniable. A sector that once relied solely on gut instinct now has countless streaming and social media stats to inform its signing decisions.

"It's a double-edged sword to have access to all that data,” said Warner Music Group’s global VP of A&R, Aton Ben-Horin. “And the flipside is that it takes something extraordinary to rise above the noise. Building a superstar is more difficult."

"We look at research in a different way,” added Republic Records EVP Wendy Goldstein. “In 1993, when I signed The Roots, there wasn't data but there was a massive buzz. Today, you still have to be able to read the tea leaves and use your expertise."

The clincher, however, came from star songwriter/producer Savan Kotecha – the man behind such songs as One Direction’s What Makes You Beautiful and Britney Spears’ If You Seek Amy – who said simply: “Data will help you make you money, gut instinct will help you change culture.”

Atlantic Records president of A&R Pete Ganbarg has done plenty of both throughout his career and he was up next with a keynote interview. He talked about his work with the varied likes of Santana, Hamilton writer Lin-Manuel Miranda and Twenty One Pilots (indeed, his casual aside that TOP are working on new music caused near-hysteria amongst the alternative-rockers’ fanbase when tweeted by Music Week).

Ganbarg quoted Ahmet Ertegun on how to succeed on A&R (“Just walk around until you bump into a genius”) and put TOP’s Tyler Joseph in that category.

But Ganberg also stressed the need to take risks in A&R, noting that, on paper, Hamilton didn’t look like a hit. “Not only did it fail the elevator pitch test, but you’d have pressed the emergency button on the elevator,” he quipped.

MUSEXPO continues tomorrow, kicking off with the Global Keynote, featuring the likes of Radio 1’s Ben Cooper and Atlantic Records’ Craig Kallman. Stay tuned to musicweek.com and our social media for further updates. To read our pick of this year’s panels, click here.