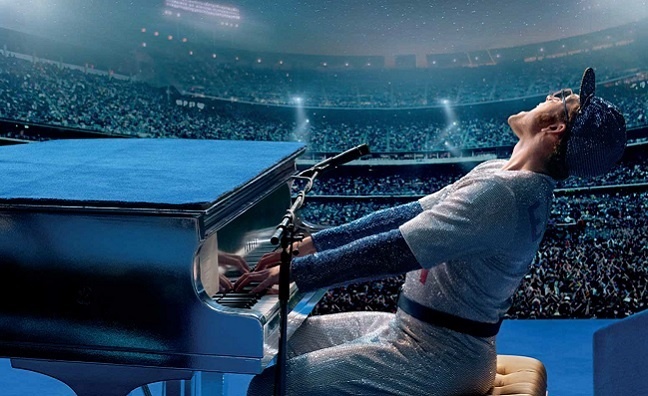 Following their Golden Globes victory, Elton John and Bernie Taupin have triumphed at the Oscars.

The legendary songwriting duo won for Best Original Song with (I’m Gonna) Love Me Again from the Rocketman biopic. The song was a duet recorded by John and the film’s lead, Taron Egerton.

It’s John’s first Oscar since The Lion King in 1995, while Taupin now has his first Academy Award.

John and Taupin beat Frozen 2 anthem Into The Unknown and Diane Warren’s song I’m Standing With You from the film Breakthrough, as well as a Randy Newman composition from Toy Story 4 and Stand Up from Harriet.

Hildur Gudnadottir also repeated her Golden Globes victory at the Oscars with the score to Joker. The Icelandic composer is the first woman to win the Oscar since all the score categories were combined in 2000.