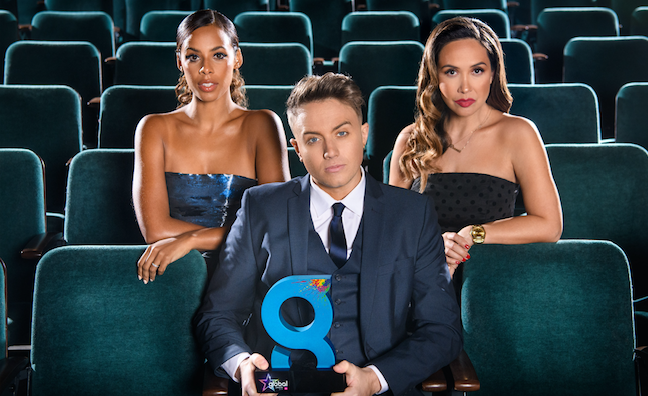 Dua Lipa, Mark Ronson and Little Mix each won a pair of gongs at the Global Awards 2019.

Now in their second year, the turnout of stars suggested the awards have already achieved critical mass, at least amongst the UK pop community.

Capital’s Jingle Bell Ball and Summertime Ball have long been must-play events for anyone in search of commercial radio traction. And high-octane performances from Little Mix, Anne-Marie and Mabel – as well as the presence of double winners Dua Lipa and Mark Ronson – showed that even this event’s proximity to the BRITs hasn’t dulled anyone’s appetite for staying in with Global’s swathe of radio brands and 31 million-strong audience.

Even outgoing BRIT Awards chairman Jason Iley popped up in Ronson’s tribute video for the Global Special Award – wearing his other hat as chairman/CEO of Ronson’s Sony Music UK home, of course – while Global founder Ashley Tabor received more shout-outs from the stage than anyone except the ubiquitous “the fans”.

But if the GAs, as no one calls them yet, had pop sewn up, the ceremony wasn’t content to stop there. Its insistence on giving airtime to all Global’s radio brands is either its genius or its grand folly, depending on how seriously you take it, but certainly made for some surreal moments.

So, Tim Westwood popped up to talk about swimming pools and his “bottom”; DJ Semtex gave a shout out to Little Mix; legendary classical pianist Lang Lang played Beethoven’s Für Elise and called for the government to “bring music classes back to the public schools” (presumably getting slightly lost in translation) and Blossoms got to cut highly incongruous figures, winning Best Indie and ensuring guitars got a cursory look-in.

It was the sort of evening where Olly Murs got to hand over the Best Female award; where Harry Redknapp could confess on stage to never having heard of any of the nominees for Best Song; and where Spandau Ballet’s Martin Kemp and Wham!’s Shirlie Holliman got to present the big award because they’re Capital breakfast DJ Roman Kemp’s mum and dad.

Hosted by Rochelle Humes, Kemp and Myleene Klass, the ceremony was staged at the Eventim Apollo in Hammersmith (March 7) and featured live performances from Anne-Marie, Lang Lang, Blossoms, Little Mix and Mabel, the winner of last year’s Rising Star Award, plus a DJ set from Ronson.

The Global group launched the multi-genre awards ceremony in 2018 to “celebrate the stars of music, news and entertainment across a wide range of genres”. It brought together all of Global’s radio stations – including Capital, Heart, Smooth, Classic FM, LBC, Radio X, Capital Xtra and Gold - with award categories reflecting the music, programmes and news aired on those networks.

Dua Lipa landed two major awards – Best Female ("Thank you to all the amazing artists who inspire me every day!") and Best British Artist or Group. Mark Ronson collected Best Male and the Global Special Award, which recognised the producer, DJ and musician for his career and contribution to the worldwide music industry. After the former win, he said: "I'm a male but I wouldn't be anywhere near this stage if it wasn't for incredible females – Miley Cyrus, Lady Gaga and Dua Lipa."

The mighty @LittleMix win the first award of the night for Best Song, Woman Like Me. #TheGlobalAwards pic.twitter.com/YvrYCjwe2b

Little Mix took home Best Song for Woman Like Me (feat. Nicki Minaj) and Best Group for the second year in a row – both awards were voted for by the public.

The Global Awards crowned Halsey with the Rising Star Award. The category was also voted for by the public.

Lady Gaga won the Mass Appeal award, recognising an artist’s crossover success across multiple formats and genres. Anne-Marie scooped the award for Best Pop ("Shut up! I never win this stuff!" she exclaimed, although she did, of course, win Music Week's Breakthrough Artist Of The Year 2018).

Rudimental won the Most Played Song for These Days featuring Jess Glynne, Macklemore and Dan Caplen. The award recognises the song that had the most airplay across Global radio stations in 2018.

Ashley Tabor, Global’s founder & executive president, said: “The Global Awards, with Very.co.uk, is truly unique among awards shows, as we honour the stars of music, news and entertainment, all together on one night, with multiple awards voted for by the public alone.

“Some of the world’s biggest artists from across the musical spectrum treated us to some spectacular performances – what a way to celebrate our second ever awards show! Our huge congratulations to every nominee and winner, with special recognition to Dua Lipa, Mark Ronson and Little Mix for being our big double winners on the night.”

Smooth Radio’s Kate Garraway gave out the first ever Very Award to 19-year-old Joshua Hill, a student who was diagnosed with leukaemia 14 years ago at the age of five. The award celebrates someone who’s overcome a personal challenge.

The show was streamed live at global.com, the Global Player App and on all Global’s brand websites.