'I've had the time of my life': Nick Grimshaw bows out of BBC Radio 1 Breakfast Show amidst stream of tributes 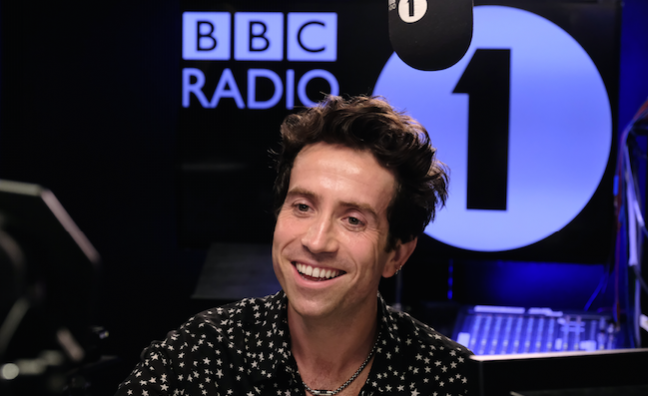 Nick Grimshaw has bowed out of BBC Radio 1’s Breakfast Show, with his final broadcast as host drawing tributes from across the industry this morning (August 9).

Grimshaw, who will move to the Drivetime slot vacated by Greg James, the station’s new breakfast host, said he’s “proud to have been part of such an iconic show”.

The swap was first revealed in May.

Grimshaw said: “I’ve had the time of my life doing the Radio 1 Breakfast Show and I’m proud to have been part of such an iconic show. Thanks to everyone that has listened and I can’t wait to set my alarm a little later and be back with you all at 4pm from September 3.”

Ben Cooper, controller, Radio 1, 1Xtra and Asian Network paid tribute to the presenter, who can now look forward to a “lie in”.

“I’d like to thank Grimmy for doing what I asked him to do, which was take us from a traditional radio station to a multimedia youth brand, now with 10 million weekly listeners, 16 million weekly YouTube views and 10 million social followers,” Cooper commented.

“I’d also like to thank him for getting up early for the country, enjoy your lie in.”

Olly Murs and Grimshaw’s BBC Radio 1 colleagues Clara Amfo, Scott Mills and Adele Roberts were among those to pay tribute on Twitter.

It’s @grimmers last day on @R1Breakfast 2nd longest serving breakfast host. Give him a listen today???? We ?? you Grimmy

The last six years have been SO amazing.

Big love to everybody who has listened and been a part of the show ??@grimmers will be refreshed and back with you shortly in the afternoons! pic.twitter.com/JwDXDuTyxX

WE LOVE YOU AND WE WILL MISS YOU GRIMMY @grimmers ... You deserve a nap!! pic.twitter.com/DnkOUqphUO

So special being there for @grimmers last ever @BBCR1 brekkie show before drivetime domination! He’s made us laugh on EVERY morning school run for 5 glorious years and we love him ????????

Massive shout out to my man @grimmers on his last @BBCR1 breakfast show today! So many amazing memories... Live mixing the legendary NixTape, playing ?? at Wembley, Ibiza shows and Big Weekend Afters ???? Thank you for being funny and amazing every morning! Have a great show! pic.twitter.com/Es5xTpjH0a

Mr @grimmers top presenter, top guy and a brilliant 6years. Thanks for supporting all my songs on @R1Breakfast and getting me to do some crazy stuff! Loved it! Catch you soon mate ?????????????? pic.twitter.com/eMQXtw3hiD

In the current issue of Music Week, on sale now, the station’s head of programming, Aled Haydn Jones, looks ahead to Greg James’ upcoming Breakfast Show reign. Subscribers can read the interview in full here.

Revisit our coverage of the 50th anniversary of BBC Radio 1 and Radio 2 here.