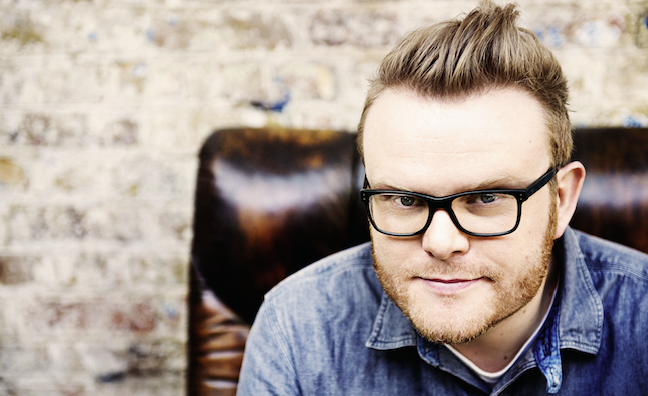 To add to the celebrations of the 50th anniversaries of Radio 1 and Radio 2 taking place this weekend – not to mention going on in the new-look edition of Music Week – we’ve been asking top names in the biz to share some of their favourite memories and moments from over the years. Here 10 artists join the previous likes of Emily Eavis, Jason Iley and Max Lousada in taking a trip down memory lane…

Right Said Fred
“The morning Simon Bates played the track [I’m Too Sexy] our lives changed literally in the space of a few hours. The Radio 1 roadshows were particularly good fun, Gary Davies was fantastic at working the audiences. We have one very clear memory of a dad and his son marching up to us with purpose after a Radio 1 performance. We thought he was going to tear us off a strip for being too lurid in front of a family audience. Instead he just wanted to thank us for recording and performing a song that uses the word ‘sex’ without it being threatening or sexual. A song that he and his young son could enjoy together.”

Michael Ball
“It’s a privilege to be part of the Radio 2 family. And it does feel like a family. They are so supportive and so important to the music industry. They give a platform to music that wouldn't be heard anywhere else. We’re not going go get played on any other station, apart from Radio 4. It breaks artists.”

Alfie Boe
“I think going into the BBC [radio] is such a strong foundation, it’s such a wonderful home to be in when you are selling yourself, when you're putting yourself out there and providing music. They really help tremendously with that, they take you in.”

JP Cooper
“We went in recently and did a little Radio 2 live performance and it was great, just going in and playing live on something that you’ve heard for so many years of your life. Radio 1 was the first time we ever did a Live Lounge which is something that we’d watched for years, never really thinking we’d get in there. I’m just grateful that we finally got to that point and, you know, they’ve given me nothing but love ever since.”

Theresa Jarvis, Yonaka
“Our Maida Vale session was a big moment. You see all the old pictures on the walls when you go in. It was really exciting but we were also quite nervous as well, you only get one or two tries and nothing can be changed! But we just did it and it felt really, really good. Even the engineer liked it…”

Jacob Slater, Dead Pretties
“When Huw Stephens played our track [Social Experiment] that was really nice. I didn’t think it would happen that quickly. May they play more and more good music and not just the stuff that everyone else is feeding them! Please do that. Think for yourselves! Maybe I shouldn’t be giving advice to the people who run Radio 1!”

Jamie Reynolds, Klaxons
“Radio 1 were very good to us over the years. It was always really exciting being able to go on and give an interview and knowing that we were being broadcast live and feeling like we were reaching a massive audience. We were renowned for having a right laugh.”

Counterfeit, Roland Johnson
“It was quite a moment just before the first album came out when they played our track on air for the first time. As a radio station I grew up listening to Radio 1, and hearing bands that influenced me, so that was a very big moment.”

Ash Kirnon, Lotto Boyzz
“About a year or two years ago I was talking about Sorry by Justin Bieber to one of my friends. I was saying, ‘I need to play it to you so you can understand how sick the tune is’. I opened the car door, turned the radio on and three seconds later it came on Radio 1. I was like, ‘They must have heard me!’ That was a moment when I realised Radio 1 plays sick tunes. They play a lot of UK music too, they’re supporting the scene. I love it.”

Yungen
“I did a live lounge in the old Radio 1 building. That was a big thing for me, going in with a live band to record it. That was something I won’t forget. I was more excited than nervous, we spent days rehearsing then went in and nailed it. It was just a good day. I remember Trevor Nelson saying it was an amazing Live Lounge, that felt good.”

Subscribers can read the interview with station bosses Ben Cooper and Lewis Carnie here, as well as Q&As with Jo Whiley and Clara Amfo.