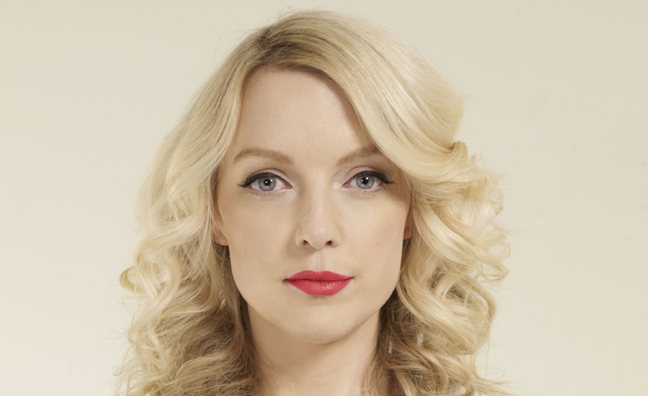 The wait is so nearly over. Tonight (April 26), the Music Week Awards will once again provide the industry’s biggest and best night out at Grosvenor House Hotel.

A sell-out crowd is set to attend to find out who will emerge victorious in the fiercely-contested categories, which – it must be noted – received a record-breaking number of entries. It very much remains to be seen, however, whether anyone will indulge in a small swig of a cold, alcoholic beverage.

As you may have already gathered, there are a lot of things to keep an eye out for during the ceremony  this year. The highly prestigious Record Company award will see 2017 winners Syco return to fight it out with Atlantic, Columbia, Polydor, Virgin EMI and Warner Bros. Meanwhile, in the fiercely-contested Publisher Of The Year category, the three majors – Sony/ATV, Universal Music Publishing Group and Warner/Chappell – are up against indies BMG, Concord, Downtown, Reservoir, Sentric, Spirit B-Unique and reigning champs Kobalt. And that’s to mention nothing of the prestigious Strat recognising an individual’s outstanding contribution to the music business.

Curating the whole affair will be none other than BBC Radio 6 Music DJ Lauren Laverne, who is not only returning to host the ceremony but is also up for an award herself – competing in the category for Best Radio Show against A.Dot, Steve Lamacq, Alex Baker, Annie Mac, Danielle Perry, Jo Whiley and last year’s winner MistaJam.

Here Laverne tells us how she’s been preparing and why, when all’s said and done, it’s a bit like a wedding if you think about it…

You’re back as the official host of the Music Week Award, how do you feel?

“I’m very much looking forward to it! Last year was a really good baptism of fire. It’s so intimidating and wonderful to look out into the crowd to see so many faces that I know from being a teenager when I was in a band, it was like everyone was in the one room for the first time. It was a bit like my wedding – you know when you get married and it’s weird because your mates are there and also your family are there? It was a little bit like that. It’s the place where all the things I’ve done come together which was really interesting, it was great.”

What are your memories of last year? Any memorable encounters?

“Lots and lots. I saw lots of friends from across the years, right the way from booking agents to Emily Eavis and her dad Michael, who I’ve known through work as well as being friends for such a long time now. 6 Music won, which was really exciting. Last year, the speech that Brudenell Social Club gave was great which was a big standout moment. The Strat award given to Sarah Stennett  too, she gave a real powerhouse speech. As a woman in the industry it was really interesting to hear about her life and her experiences and just being such an arse-kicker and doing such brilliant work for a long time. It was really inspiring.”

Radio is my natural metier. The people in it are, by and large, lovely nerds. They’re my people. I mean that in the best possible way...

How much preparation will you put into hosting?

“I’ve already given some thought to what I want to say. Ultimately, like any awards show, it’s about the people who are nominated and who wins on the night, so that’s your focus. But certainly in terms of thinking about the year gone by in music, there’s a little bit of that to do in the beginning. I’ve spent some time already reflecting on that and it’s interesting – we’re in interesting times at the minute. Last year, the big story was the return to profitability, this year it’s streaming services and how they’re changing things, the fact that Spotify has been floated on the Stock Exchange is really interesting and what that means for everyone else. But from my point of view, you look at the shortlist and you see people who’ve worked really hard and done really well. You want to celebrate them.”

As someone who’s been in a band and does radio for a living, will you be nervous up on that stage?

“Not now, because that’s my job. That would be weird, if you’d done it for a really long time and then got scared…”

“Yeah, I think radio is very intimate so it’s always a conversation with one person, really. Sometimes literally, the shows I’ve done in the past! Certainly public speaking is a very different thing to radio, but I do a fair bit of it and I feel okay about it. The thing that always makes me feel better about anything like that if I get nervous, I always think ‘It’s not about you – nobody cares about you’. The awards aren’t about me, the awards are about the people who are up there and achieving things, not anything I say or do. My job is just to facilitate that and bring it together. If I’m anxious about doing something like Glastonbury – a very high profile thing – that’s what I think about. Nobody is tuning into Glastonbury to watch me, they are tuning in to watch the artists play and it’s my job to set the scene and give them the information they need.”

At the same time, you’re actually up for an award…

“I am! As soon as I said that I thought ‘This is awkward because I am also a nominee’!”

How do you feel about the competition in your category?

“I love MistaJam and Jo [Whiley] is my mate! It’s a great shortlist. The thing I really love about radio is it’s the place I feel the most at home out of all the different things I’ve done. Radio is my natural metier. The people in it are, by and large, lovely nerds. They’re my people. I mean that in the best possible way – it’s a list of the loveliest nerds and I’m completely thrilled to be on it. The radio is in a really interesting place at the minute. It’s such a good time for audio in general, I think it feels like everything is opening out – there’s all these new possibilities and ways of reaching people. There’s such exciting programming being made and you see that on that list. The way the industry is changing is reflected on that list is amazing.”

For everything else you need to know about this year’s Music Week Awards, click here. To read Lauren Laverne's Aftershow interview, see this week's print editiion of Music Week, or click here.

For the full list of this year's finalists, click here. And, if you can’t beg, steal or borrow a ticket for this landmark event, stay tuned to musicweek.com and our social media channels throughout the night for updates.