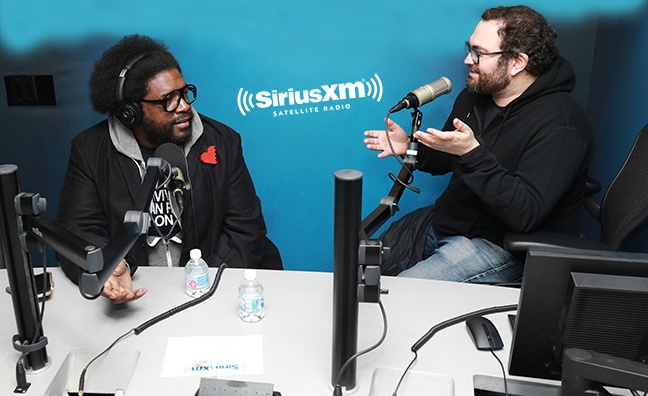 Need something to listen to during lockdown? No problem, let Music Week recommend some key podcasts. Here, Rolling Stone senior writer, presenter and author Brian Hiatt on how the publication has been taking the brand into the future with its RS Music Now podcast. Recent episodes have included special guests like Dua Lipa, Taylor Swift and Stevie Nicks, plus tributes to John Prine and Bill Withers…

The Rolling Stone Music Now podcast started in January 2016. What was the original idea behind it?

Brian Hiatt: “The unique thing about our show is it’s a live radio show on Sirius XM that we then clean up a bit – sometimes a lot [laughs] – for the podcast version because there’s a little bit of a different expectation for live shows versus a podcast. I’d like to think it creates a certain energy to Rolling Stone Music Now that’s a little different. Podcasts are particularly wonderful for longform magazine writers because it allows you to have the expansion of interviews, and have depth and quality in an audio format.”

Is there anything you feel Rolling Stone’s podcast can do that others can’t?

“It’s the only music podcast I know of that combines both discussion-formatted episodes with our experts talking alongside interviews. It does both. We’ve had some of the biggest stars on the planet on the podcast in longform interviews that are really like Rolling Stone interviews, just conducted on a podcast. It’s probably the most varied music podcast, it does lots of different things.”

What are some of your favourite episodes so far?

“The one I did with Donald Fagen from Steely Dan was extremely news-making. That was something where Donald and his people sought us out because he loved the tribute that we did for Walter Becker. He chose to do his one interview after Walter’s death on our podcast. That was a huge honour, not just for Rolling Stone but specifically for the podcast. On one of my favourite episodes, we had Halsey on before her new album [2017’s Hopeless Fountain Kingdom] came out. That album was a huge, huge sensation and her first interview for it was on the podcast.”

Has the podcast reached beyond your readership?

“When you’re a big brand, you want to put your footprint in as many areas as possible and this does seem like a fruitful area. My impression from feedback – and this is very rough – is that perhaps half or so of the listeners are already readers, and half are just fans of the podcast. That’s fascinating. Hopefully they then start reading Rolling Stone. There are people whose primary media engagement these days seems to be podcasts. They’re religious about their listening and it’s important to reach them.”

Is the appeal of a good podcast different to that of a good RS magazine article or a radio show?

“It’s nearly identical to a great radio show, it just needs a little bit more staying power. There’s a lot more room for digressions and chatter on the radio. With a podcast you want some of that, but you also want to get down to business as well, without being artificial and rigid. Also, Rolling Stone Music Now is not a music critics’ show – in that it’s not Inside Baseball, which I think is a feature of a lot of music podcasts, some of which I enjoy. Many music podcasts are hosted by music critics, and that means they’re going to get deep into the discourse of criticism, deep into the semiotics of music. I think some people might be surprised at how fun the Rolling Stone podcast is. I’m not afraid of making it entertaining – I really don’t want people to be bored. Yes, you’re doing journalism, but you’re also trying to be entertaining. I think that if you’re conscious of that, it helps.”

You can read the first part of our Lockdown Listening series here.