Meet the 2021 Women In Music Roll Of Honour: Shauni Caballero 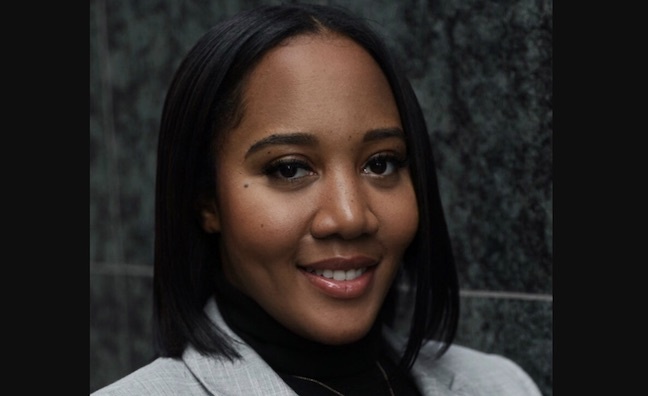 In the run-up to the ceremony at the Park Lane Hilton on October 22, here's a chance to learn more about this year's Roll Of Honour inductees. Today, we're introducing Shauni Caballero, founder of The Go 2 Agency and co-founder of G293 Publishing...

Shauni Caballero is a former Universal Music and PRS for Music exec and founder of The Go 2 Agency, a music publishing and consultancy company to help artists, writers and producers make money from their music.

Shauni’s Publishing career started after having her son in 2016. Shauni took a job at PRS For Music as it was the only music job that worked within her son’s childcare hours. Whilst at PRS, she learnt all about music royalties. When attending gigs, Shauni would always ask artists and writers if they had PRS and PPL accounts and to her surprise she realised how little people knew about publishing and royalties. Outside of her role, Shauni spent a lot of her spare time travelling all over town helping writers and performers set up their accounts and made a point to educate as many people as she could about music royalties.

After leaving PRS, Shauni decided to set up a publishing and neighboring rights administration company. One of the first writers Shauni worked with was DigDat, who went on to become a star. Despite having early success, Shauni had limited resources to carry out her work. As she was becoming the "Go 2 girl" in regards to music royalties, Shauni felt a responsibility to learn everything she could about them.

Shauni then went on to work for Universal Music within the royalties department to educate herself further. After leaving UMG, Shauni decided to take a bet on herself and continue to build her business full time.

Shauni’s first big client was Mixtape Madness, whose roster included Digga D, M Huncho, K.O and many more successful acts, as well as Finesse Foreva, who at the time were managing Am & Skendo, Ghosty, Gotcha, R14, AV and many more writers

Being in the center of rap/drill and having such a unique access led to increasing demand to set up sessions and become more involved creatively with her writers. Shauni then spent time shadowing friends of hers who were A&Rs to learn more about the creative process of making records.

As Shauni’s roster grew working with Central Cee, Blanco, Teeway and more, she was being approached for joint venture publishing deals. Shauni was very sure that what she needed was support and a business partner as opposed to money thrown at her.

Whilst at a showcase Shauni met Riki Bleau, co-president of Since 93 Records, who had early success signing Labrinth, Sam Smith, Emeli Sande and more. Riki offered to do a deal with Shauni the day they met. Within a few months, Shauni and Riki launched their joint venture publishing company G293 Publishing.

Shauni has just announced a book she plans to release, A Quick Guide 2 Music Royalties.