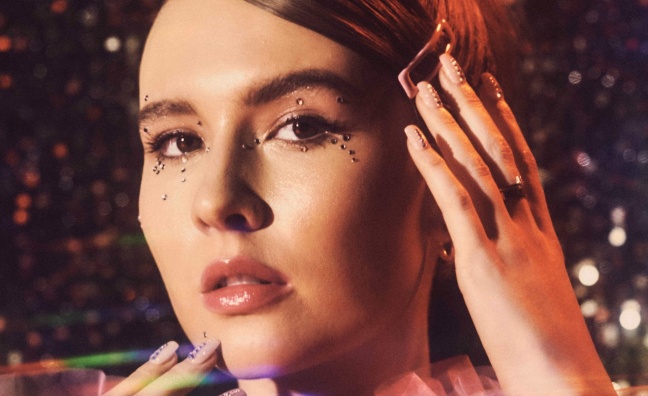 Music Week can reveal that Alfie Templeman and Mimi Webb (above) are the latest acts to be added to BBC Radio 1’s Brit List, as the station continues its pledge to support emerging British music.

The Brit List offers chosen acts support across playlists, social media, editorial and live. It guarantees each artist three playlist appearances, including a spot on the A-list if they haven’t previously appeared there. Earlier this year, Radio 1 added guaranteed TV support to its Brit List offering, with acts given the opportunity to star on shows including Later… With Jools Holland and Top Of The Pops.

Previous Brit List act Griff played on Later… earlier this year, while fellow alumni Tion Wayne and Celeste have both topped the charts this year. Stormzy, Lewis Capaldi and Lewis Capaldi are among the other acts the Brit List has supported.

The BBC have been supporting my music from the very beginning

Alife Templeman said: "I just wanted to say a massive thank you to Radio 1 for including me on their next 2021 Brit List. The BBC have been supporting my music from the very beginning and it’s extremely heart-warming to see them continue that support this year!"

I'm so grateful for the whole BBC Radio 1 family!

Mimi Webb commented: "I’m so, so excited to be selected as part of this year’s Brit List!! Wow what a crazy year so far, I’m so, so grateful for everyone’s support so far especially to Abbie McCarthy and the whole BBC Music introducing family, to the legend himself Scott Mills & to the whole BBC Radio 1 family, and a massive special thank you to all the listeners! I’m so grateful for you all & just totally speechless!!! 2021 let’s goo!!"