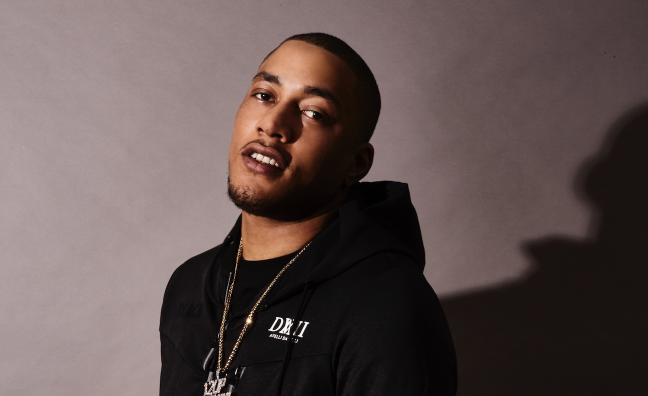 As revealed in the new issue of Music Week, BBC Radio 1 has boosted the number of additions to its Brit List for Q4, with Arlo Parks, Beabadoobee, Dutchavelli, Easy Life and Loski set to benefit from the station's support.

Radio 1 has increased the number of new Brit List acts from two, with head of music at BBC Radio 1 and 1Xtra Chris Price telling Music Week that the station’s commitment to emerging acts is more important than ever in 2020.

Price said: “The thing I'm proudest of with the Brit List is that it’s really about making that long-term commitment to an artist. Yes, you receive this three single commitment, and at least one of those singles will go to the Radio 1 A list. But if you're up for it, the invitation is there to come into the Radio 1 Live Lounge, to join us at Radio 1’s Big Weekend. It's about the breadth as well as the depth of the relationship, and just offering an artist as many opportunities to build a relationship with our audience.”

Price said that exposure from the Brit List – which launched in 2017 with an initial six acts including Stormzy and Anne-Marie – offers acts a boost that DSPs cannot.

“It's one thing getting your song rotated a lot on the radio,” he said. “It’s something else being able to play live, engage with our presenters and really build that meaningful connection that radio uniquely allows artists to do, more so than streaming.”

Arlo Parks, who starred on the cover of Music Week earlier this year, said: "What a dream to have made Radio 1's Brit List!! I remember uploading my GarageBand demos to BBC Introducing when I was 16 – what a journey it's been. I'm forever grateful for all the support.”

Dirty Hit act Beabadoobe said: “OMG thank you so much. I’m so excited to be included in this list and honoured to be chosen, it means the world to be selected alongside such an amazing group of artists. I hope you like the music that is out and what's coming next!”

Easy Life, who saw chart success earlier this year and are signed to Island, said: “Honoured to be part of the Brit List this year. It’s an exciting prospect that we can continue making the music we love on our terms and still have the support of Radio 1. Humbled and grateful as ever. Let’s go to the pub!”

New Warner Records rapper Dutchavelli said: “I am very excited to make The Radio 1 Brit List this year. I want to thank 1Xtra for always supporting my music, and especially big up Tiffany Calver for always showing love on the Radio 1 & 1Xtra Rap Show! This means a lot to me. “

Since ’93 artist Loski said: “Right now I’m charged up, can’t believe this. It’s crazy. But definitely big up to Radio 1 Brit List for this one, also to 1Xtra for playing my music right from the start.  I’m excited to show everyone why I’m nominated - got lots of new music coming.”

Read the full interview with Chris Price in the new issue of Music Week, out now. Subscribers can read it online here. To subscribe to Music Week and never miss a vital music biz story, click here.