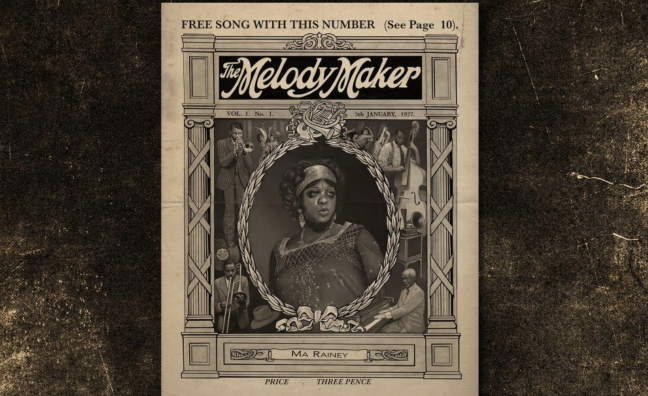 NME and Netflix have announced plans to revive Melody Maker as part of a new partnership.

The weekly music paper, which launched in 1926, will launch online in conjunction with new Netflix film Ma Rainey’s Black Bottom, which premieres on December 18 and stars the late Chadwick Boseman and Viola Davis.

Telling the story of blues singer Ma Rainey, the film is set in 1920s Chicago. According to a press release, the new Melody Maker site will “take the audience back to a steam-punk powered proto internet”.

NME launched in 1952 with the same publisher as Melody Maker, with the two titles competing for the attention of music fans until December 2000, when Melody Maker folded. NME owner Bandlab Technologies’ revival of the title marks the first significant use of its name since then.

Holly Bishop, UK country director and head of partnerships at BandLab Technologies said: “Reviving one of the UK’s most recognisable and influential music titles to provide a platform for an iconic artist like Ma Rainey has been an absolute honour. The hope is that this partnership will give some of today’s newest voices a platform to share their views, and at the same time, resonate with, and educate our shared audiences”.