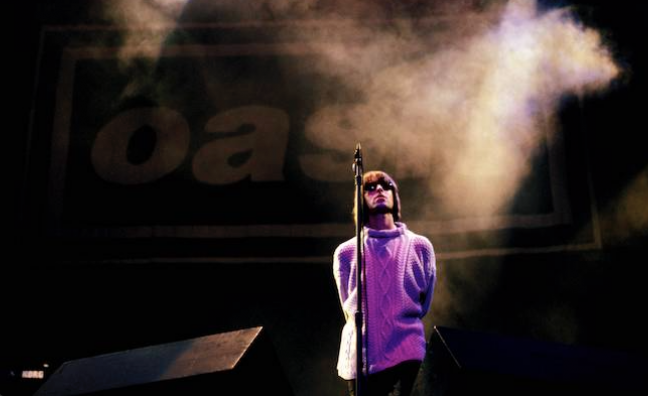 Oasis have announced details of Oasis Knebworth 1996, a documentary film that will tell the story of their famous two-night run at the venue.

Directed by Jake Scott, the film will hit cinemas on September 23, with tickets on sales on August 10, 25 years to the day since the first of the two shows. The film is produced by Black Dog Films, with Noel Gallagher and Liam Gallagher as executive producers. Sony Music Entertainment is financing and distributing it, while Trafalgar is releasing it into cinemas.

Tom Mackay, president, premium content at Sony Music Entertainment said: “We are thrilled to be working with RSA Films and Trafalgar Releasing to bring global audiences an incredible cinematic experience around one of Oasis’s most historic concerts. The premiere of Oasis Knebworth 1996 invites generations of fans who weren’t able to attend this iconic show to experience the lasting energy and impact around Oasis’ performance that truly rocked Knebworth 25 years ago.”

Liam Gallagher said: “Knebworth for me was the Woodstock of the ’90s. It was all about the music and the people. I can’t remember much about it, but I’ll never forget it. It was Biblical.”

Trafalgar Releasing’s Marc Allenby commented: "The success and continuing legacy of Oasis defined a generation in a way few bands have throughout music history. We are proud to be bringing this celebratory film to cinemas in this special event release, bringing together audiences from all around the world to commemorate the 25th anniversary of these landmark gigs."

The film will feature previously unseen archive footage from the concert and backstage, with interviews from the band and the team behind the gigs. More than 2% of the UK’s population at the time attempted to purchase tickets to the shows, which drew an audience of more than 250,000.