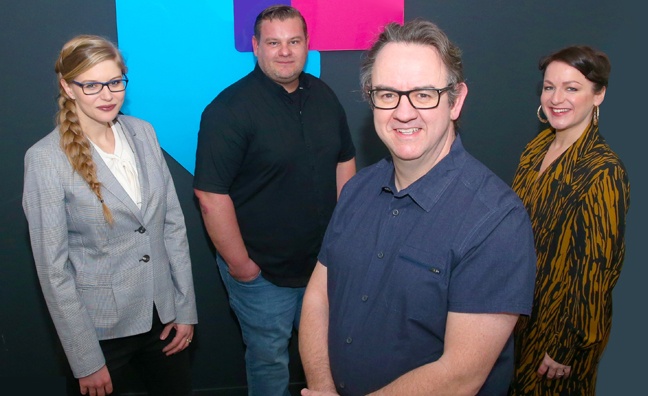 Joinging from her previous role as global licensing director at NBC Universal, Monahan has 12 years of experience working in the video industry, including commercial and licensing roles at Spirit Entertainment.

Speaking about the appointment, Talbot said: “I’m delighted that Becca has joined us in this new role. She brings a high level of commercial and licensing expertise to the business, at a time of great opportunity right across the entertainment sector. It is incredibly exciting to have Becca join Chris, Lauren and I to drive the Official Charts Company forward. It is fantastic for the company – and the industry as a whole – to have such a strong, energetic senior team leading the Official Charts Company and I can’t wait to get working with them over the coming months and years to see what we can achieve.”

Monahan added: “I am thrilled to be joining the Official Charts Company and its talented management team, especially at a time when there are many opportunities to drive the business forward. I can’t wait to get started.”

An official press release stated that, in the new role, Monahan will be responsible for “driving forward commercial opportunities for Official Charts: across its core business areas providing B2B data for the music and video sectors; licensing charts and data to media partners and for consumer products; as well as the fast-growing web platform OfficialCharts.com.”

In addition, she will lead the development of new markets and revenue streams for the company’s internationally renowned services.

Earlier in the year, Paris-based record labels association SNEP appointed the Official Charts Company as the new provider of France’s official music charts. SNEP, which commissions the production of official music rankings in France on behalf of SCPP, switched over to the London-based company from January 1, 2021.