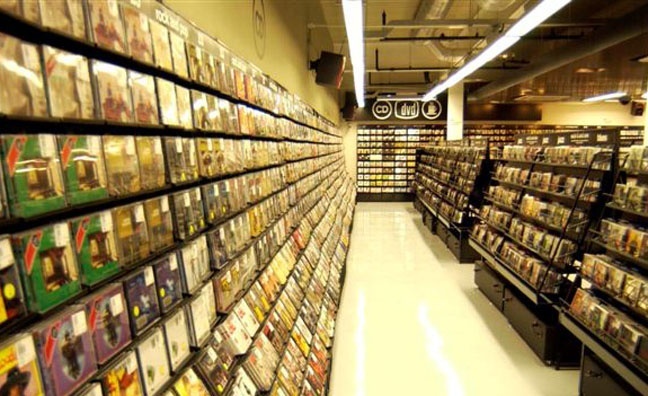 Sales of physical music have dropped by 5% for the 12-week period ending March 12 2017, according to a new report by Kantar Worldpanel.

The new data, which analyses physical sales across the music, video and gaming sectors, suggests that the year-on-year dip is largely due to the absence of a major release on par with Adele’s 25, which delivered a major spike in physical sales for the same period last year. It’s worth noting that Ed Sheeran’s record-breaking Divide album was released toward the end of this 12-week period, meaning that its impact will be far more evident in Kantar’s next quarterly report.

James Brown, consumer insight director at Kantar Worldpanel, said: “Divide has already had a positive impact for physical music, contributing almost twice as much as its nearest competitor – Rag‘N’Bone Man’s Human. The full force of Ed Sheeran’s star power is likely to be seen in the second quarter of 2017 but retailers should remain conscious that this could end up being only a temporary boost to sales.”

According to the report, albums on sale for £15 and under are struggling most to shift units. However, more premium offerings experienced double digit growth, as consumers showed that they are prepared to pay extra for records by heritage acts, with Kantar highlighting Hardwired... to Self-Destruct by Metallica and Kate Bush’s Before The Dawn, which were priced at £20. Meanwhile, items bought as a gift, such as premium and multi-CD releases, accounted for almost a third of spend on these types of product, up from 19% last year.

An overall 7% decline was registered across the combined music, video and gaming sectors. Physical video sales suffered most, dipping 13%, while the gaming sector saw physical sales rise by 0.5%.

You can view a full breakdown of the spend share among retailers, comparing year-on-year data, below.